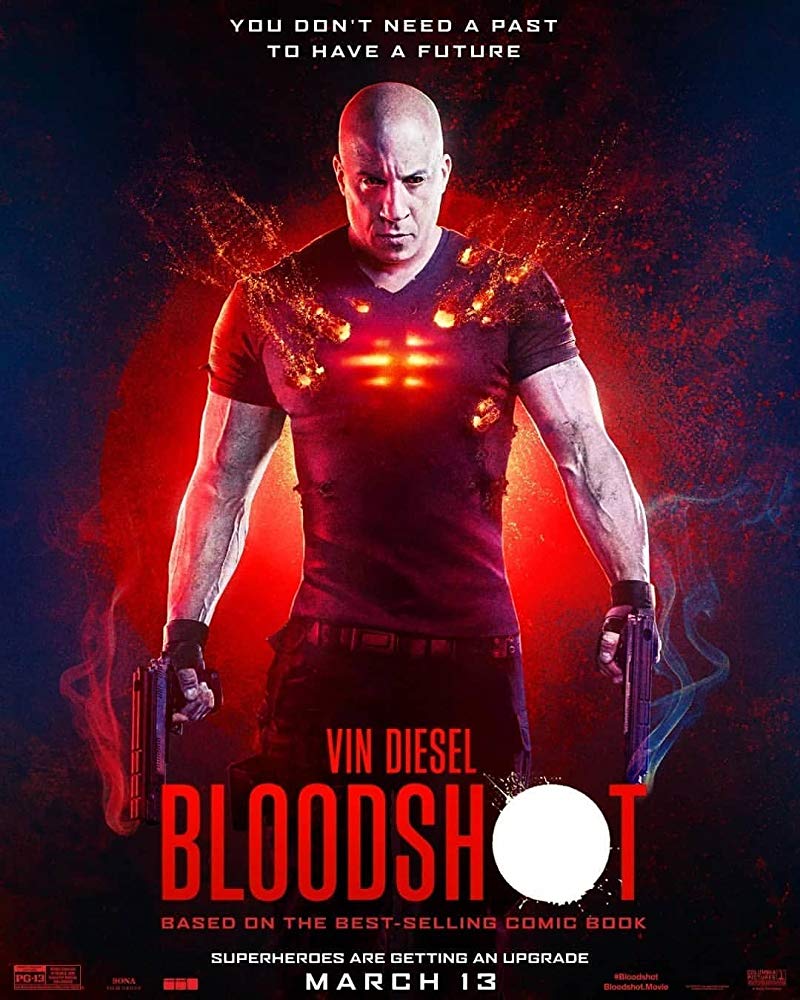 Plot: Marine Ray Garrison, along with his wife, are killed by an assassin but Ray finds new life when scientists, utilizing nanotechnology, bring him back as the ultimate killing machine: Bloodshot. Training with fellow supersoldiers and with no recollection of his past, as memories slowly return, he becomes hellbent on seeking revenge - not knowing the conspiracy goes much deeper than he expects. -- Chris Kavan

An immediately forgettable endeavor, "Bloodshot" is the latest violence-heavy action misfire that tries way to hard to be edgy and with the times.

This is a film that is so poor in its execution of dramatic stakes that the only truly valid source from which I could derive any proper suspense was wondering whether I could stay awake throughout the whole thing.

Epic Fail:worst movie ever made

epic fail of a movie this has to be the worst comic book movie ever made or infact worst movie ever made clearly these idiots never read any bloodshot comics at all,vin diesel is wrong choice the guy cant act and this is coming from a huge vin diesel fan yes i like him he is better of in other movies like riddick and fast n furious this is not his thing,plus who's idea was it to make a movie on a rebooted version of the comic books,get this guys for those who have read the comics understand this very well the original bloodshot was from 90s to late 90s .the original version was from valiant in 93 then rebooted with acclaim comics both of these versions are bloodshot specially the 93 version ,if you look at bloodshot body he is tall buff muscle bound and got grey skin plus a huge red …

No posts have been made on this movie yet. Be the first to start talking about Bloodshot!