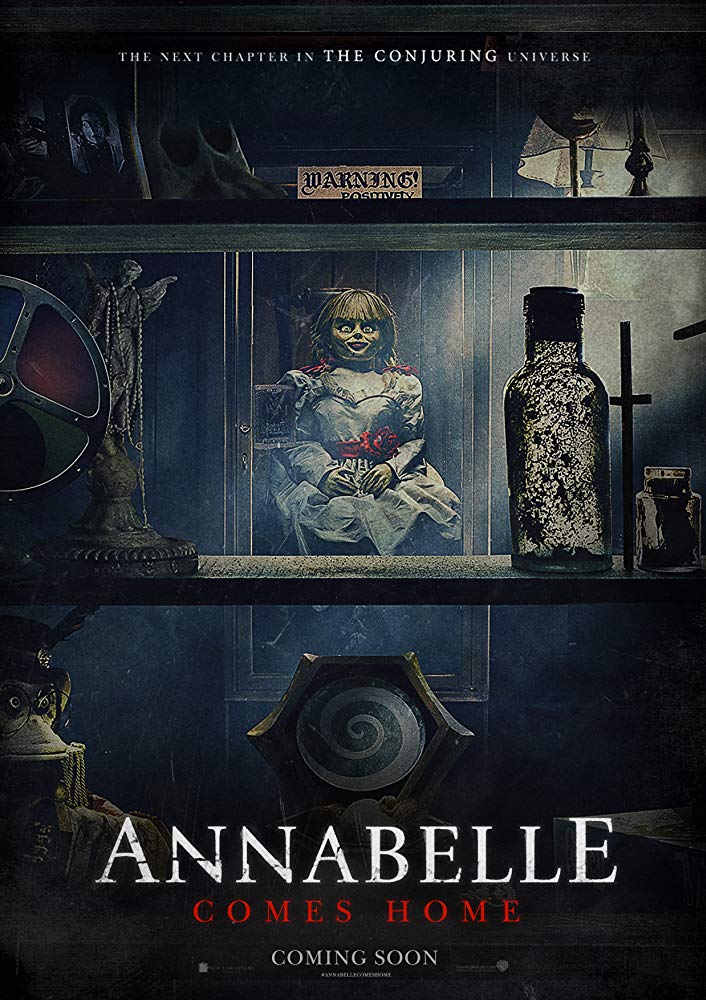 Plot: Ed and Lorraine Warren believe they have contained the evil inside the accursed doll, Annabelle, placing it in their specialized protective room. But despite all their precautions, the evil in Annabelle persists and the target is the Warren's ten-year-old daughter and her friends. -- Chris Kavan

While it is a step above both The Nun and La Llorona, it's still far from what The Conjuring series has to offer. About on par with the first Annabelle film - and nowehere near as good as Creation, the film has some creepy moments but once again relies too much on jump scares while the overall story feels half-baked. There is still hope it can get better, but right now it feels like the franchise is spinning its wheels.

The absolute worst of the three Annabelle movies, "Annabelle Comes Home" (like the other two) doesn't even attempt anything new and has the lamest premise of any film in the entire "Conjuring" franchise.

No posts have been made on this movie yet. Be the first to start talking about Annabelle Comes Home!