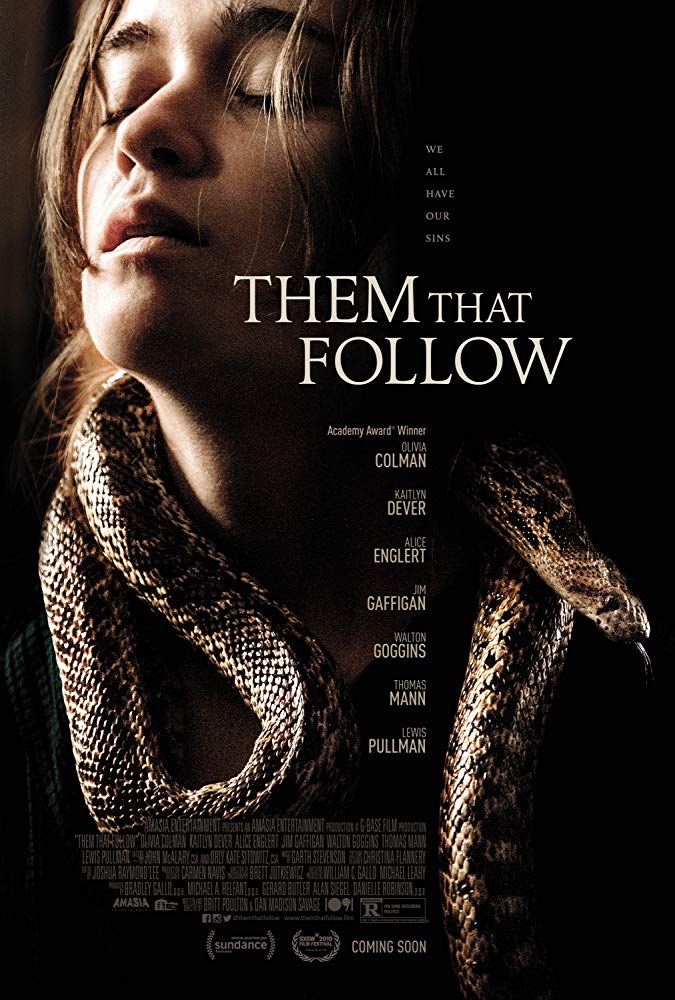 Plot: Deep in the wilds of Appalachia, congregations still gather to watch their faithful handle deadly snakes to prove their worth before God. But a young pastor's daughter holds a secret - one that threatens to tear apart the entire community. -- Chris Kavan

I'm not afraid to state that there is a fine line between religion and cults and too often belief and power lead to something far more sinister. Them That Follow is based on a small but very real practice of Pentecostal Snake Handling, still practiced today. The film takes place in a small, isolated Appalachian community, where the land plays just as much a part as the actors.

This sect is ran by Lemuel (Walter Goggins) who is the main handler while also treating the Bible as the word - including having women in quite subservient roles. This includes his own daughter, Mara (Alice Englert) who is set to wed Garret (Lewis Pullman) per church tradition. But Mara has her own secrets - namely that she has been carrying on a relationship with Augie (Thomas Mann), the boy she truly loves, …

No posts have been made on this movie yet. Be the first to start talking about Them That Follow!