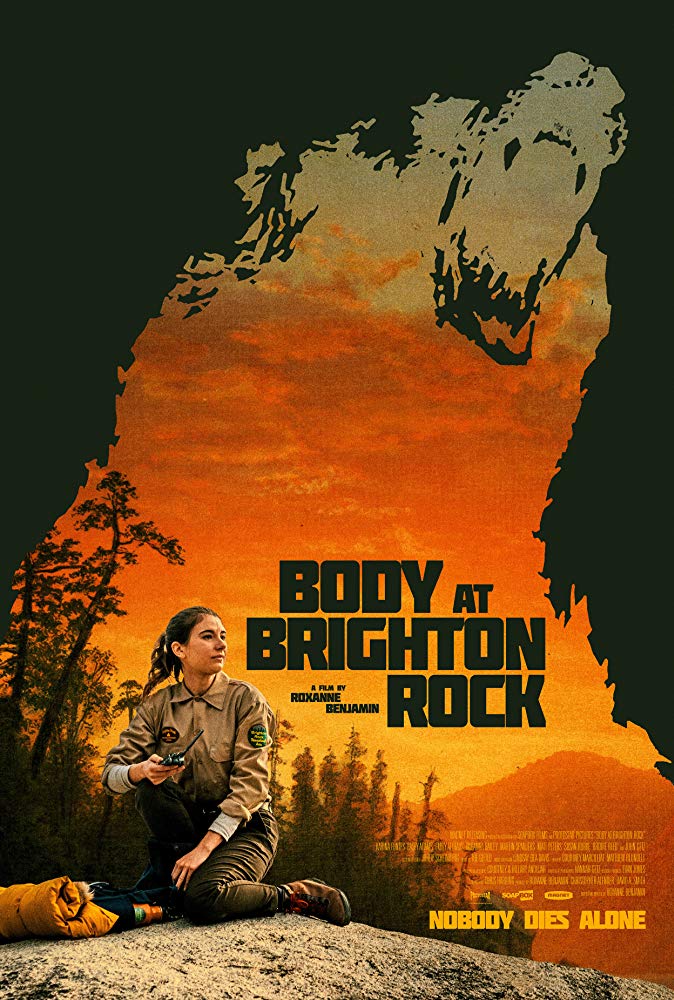 Plot: An untrained tour guide switches jobs with her friend and winds up lost in Brighton Rock State Park where she stumbles upon a body. With no choice but to stay with the corpse until help arrives in the morning, she must pull herself together, overcome her fear and act like a true ranger would. -- Chris Kavan

Survival of the Dimmest

I will give this to main actress Karina Fontes, she is incredibly convincing as the clueless, in-over-her-head character - maybe too well. Body at Brighton Rock is a story of survival and perseverance as well as a story of incredible naivete, and one questions whether anyone in such a situation would act this unprepared - especially with a character that has some training.

The film presents the main character Wendy (Fontes) as a slacker in her job as a glorified tour guide at Brighton Rock State Park. She's late for work, she doesn't seem to take things too seriously and she offers to trade with her friend Maya (Emily Althaus) so she can scope out the cute boy in their group, it seems exactly like what her character would do. But it also means she has to cover a much more dangerous …

No posts have been made on this movie yet. Be the first to start talking about Body at Brighton Rock!