Birds of Prey: And the Fantabulous Emancipation of One Harley Quinn Movie Information 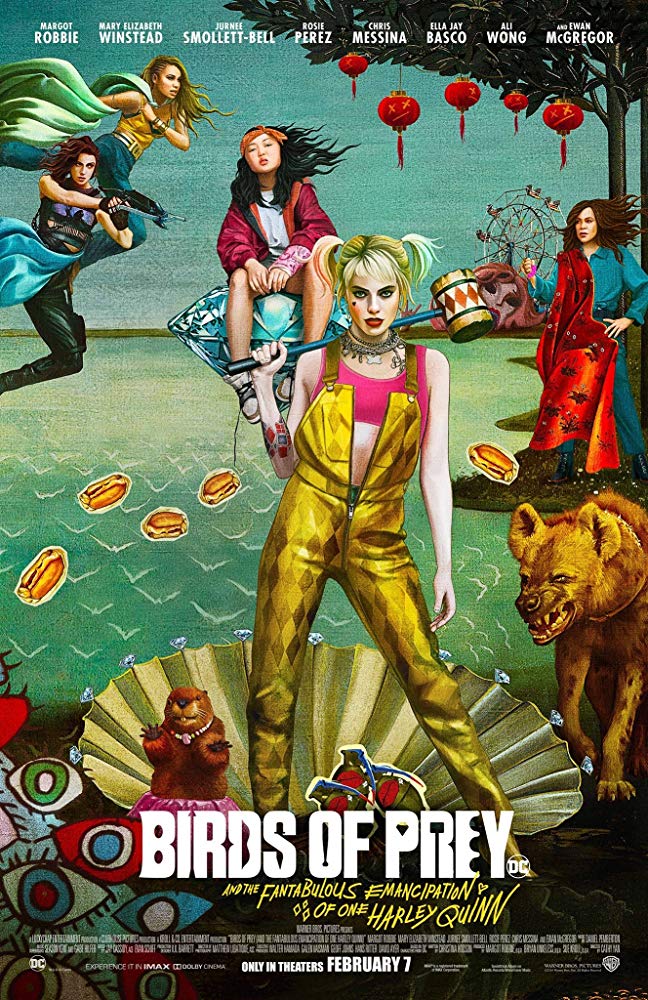 Plot: Harley Quinn has finally split from the Joker, and finds herself in good company after joining forces with fellow female superheroes Black Canary and Huntress. When a young Cassandra Cain goes missing, the trio, along with officer Renee Montoya, will go after the twisted crime lord Black Mask and psycho Victor Zsasz in order to save her. -- Chris Kavan

While this movie has some flaws, overall it is entertaining, colorful, fun, with some pretty decent action scenes.

proof why dc comic sucks.they are so bad.i mean horrible specially batman and now this they cast margot robbie because they know she cant act and just adds comedy and buffoonery in any movie she is in.and shes good at it grinning and laughing like a idiot..this type of movies and movies like the joker 2019 and the dark knight 2008 ..total trash.this is not entertainment or cinema its trash.comic book movies are not cinema when will people learn.avoid comic book movies..speciall dc comic books annything but stay away from dc comics trash and movies..epic fail. 1/.10

Margot Robbie's Harley Quinn, who was the only great thing about "Suicide Squad," shines as MVP in "Birds of Prey" as well. This time, however, she's in a movie that's good enough for her.

While the DCEU has been on the upswing lately, the stand-alone Harley Quinn/introduction of the Birds of Prey seems more like it's spinning its wheels. Many have compared this to a live-action Looney Toons film - but that only applies if when Tweety hits Sylvester on the head with a mallet, his brains ooze out his ears and his eye pops out of his socket. Birds of Prey is colorful and frantic but it is also brutally violent, certainly earning that R-rating that likely factored into its underwhelming debut.

Margot Robbie once again portrays Harley Quinn - who is not alone after being dumped by The Joker. The Clown Prince of Crime is nowhere to be seen here - mentioned but never finds a place on screen. In fact, none of Gotham's men show up - no Batman, no Arthur, heck, not even …

Fun but not fantabulous.

Margot Robbie shines as the maniacal DC villainess Harley Quinn in her spinoff. Make no mistake, this is a Harley Quinn movie through and through. The characters associated with the title team are present but as supporting players.
Margot Robbie remains pitch perfect casting for Harley Quinn. Sheâs unhinged, manic, and as zany as expected. Her charisma carries the movie through the more conventional sections of the film.
Rosie Perez is a solid fit for Batman comics mainstay RenÃ©e Montoya. Huntress is more of a figure than an actual character in the story but Mary Elizabeth Winstead conveys a presence that switches from steely to socially awkward thatâs amusing. Jurnee Smollet-Bell is only adequate for Black Canary. Sheâs good looking while fighting in skintight pants at least. …

No posts have been made on this movie yet. Be the first to start talking about Birds of Prey: And the Fantabulous Emancipation of One Harley Quinn!