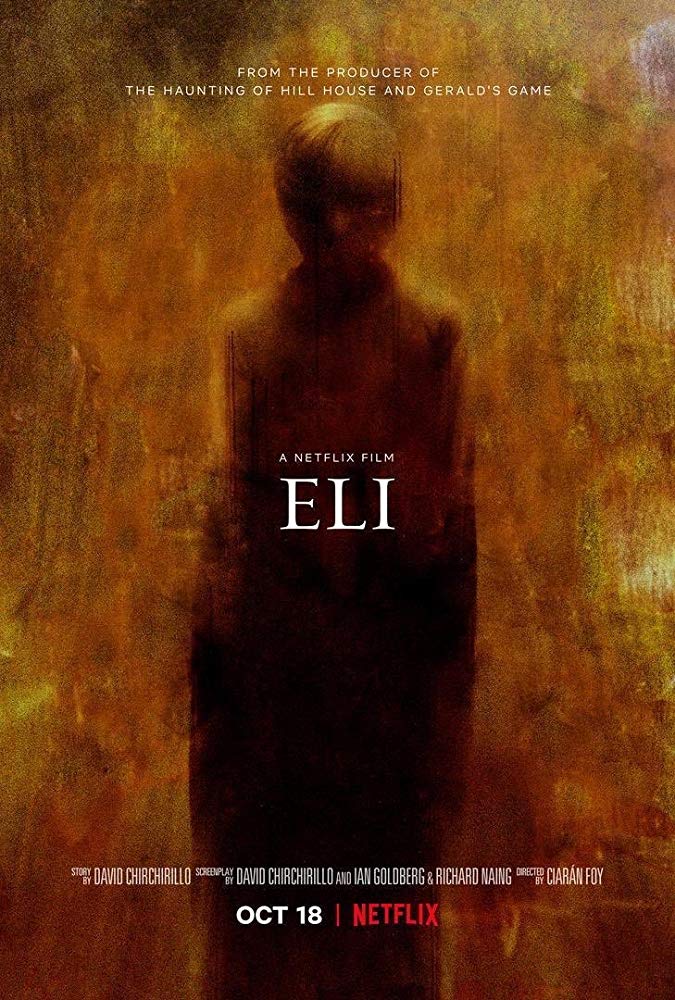 Plot: A young boy going through treatment for an auto-immune disease discovers his temporary home isn't nearly as safe as he thinks. -- Chris Kavan

One of those films that originally had a theatrical release but, due to whatever issues, was pushed to Netflix instead. As a horror film, it serves up an interesting late-game twist that takes it from ghost story to something quite different. Yet, save for said twist, the movie is somewhat dull - and Stranger Things firecracker Sadie Sink should have been given more to do. That being said, for a horror fix, it's not the worst you could find.

A ghost-story? Wait for the denouement.

Do you know what happened to the boy who asked too many questions?
He got answers?

âEliâ is a horror you can watch on Netflix and itâs not bad at all. But it takes a long time before the conclusion in the story surprises you completely. The introductory part reminded me a bit of âMidnight Specialâ. A very young boy whose daily life is limited to a plastic-insulated room and who canât leave the house without wearing a weird looking sort of spacesuit. Apparently Eli (Charlie Shotwell) developed an autoimmune disease at a later age and exposure to outside air and sunlight is life-threatening to him. Together with his parents, Rose (Kelly â10X10â Reilly) and Paul (Max âSpectralâ Martini), heâs on his way to the only rescue that remains for him. A completely …

No posts have been made on this movie yet. Be the first to start talking about Eli!