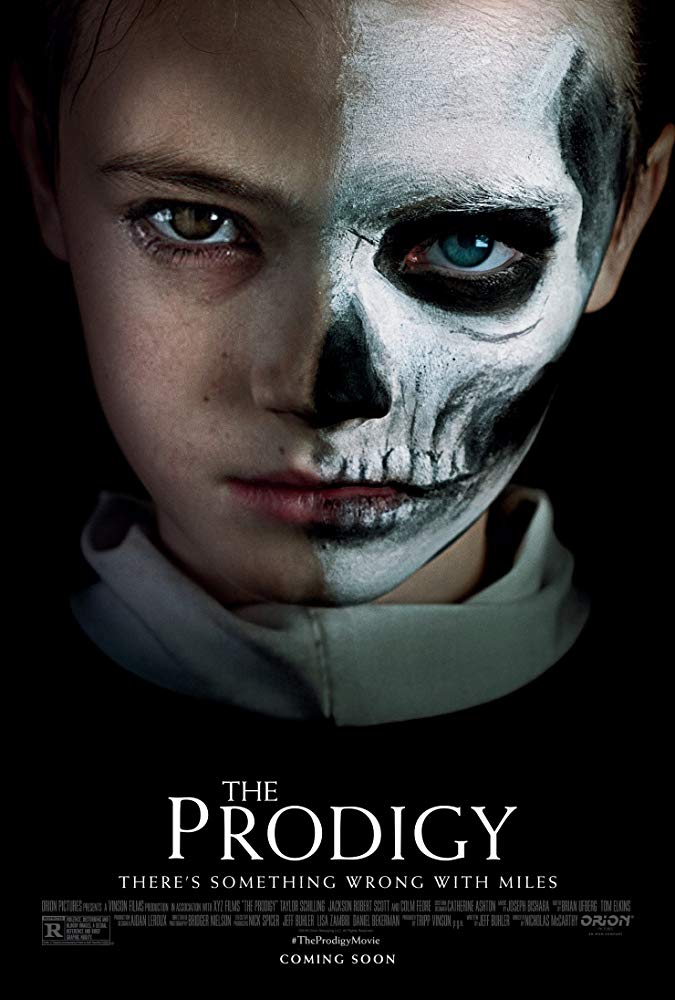 Plot: A mother becomes convinced that her young has been taken over by a supernatural entity, and will do everything she can to save him. -- Chris Kavan

There are a few disturbing scenes that work well, but "The Prodigy" loses all momentum when it comes to the bland story and weak conclusion.

Finally, once again a decent horror.

Murderous children or those possessed by dark forces appear in horror movies on a regularly base. Sometimes itâs a diabolical power that possesses them. Damien from âThe Omenâ and Regan in âThe Exorcistâ are good examples. Or itâs the mental condition that turns lovely little boys into horrible little monsters like Luke in âBetter watch outâ and Chavs in âEden Lakeâ. In âThe Prodigyâ Miles develops a deviant behavior pattern as he gets older. This cuddly little boy appears to have a dual personality. One moment he snuggles into his motherâs arms. The next moment he looks at her demonically. Such an evil look that gives you goosebumps instantly. Verily, thereâs something wrong with these Miles (Jackson …

No posts have been made on this movie yet. Be the first to start talking about The Prodigy!