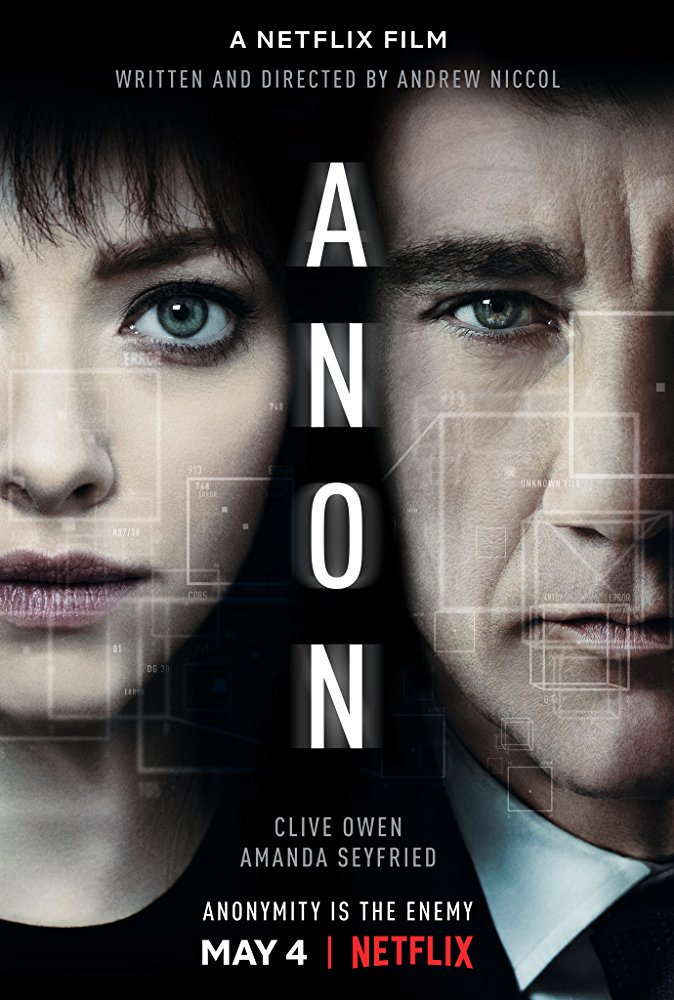 Plot: In a future where you can know everything about anyone and anything via technology, a series of murders where the victim is hacked and experiences their own murder from the shooter's perspective leads a detective to a fixer who is off the grid - but is she the murderer or just another victim? -- Chris Kavan

A rejected 'Black Mirror' episode that was so bad even 'Black Mirror' didn't want it. Oh, in the UK, this movie was both in cinemas and online streaming services. Not joking. What happened to Andrew Niccol?

Netflix continues to try really hard - and Andrew Niccol (Gattaca) is certainly no stranger to near-future technology gone wrong but Anon suffers from an interesting premise but a flat delivery. Half the film feels like a video game (think Watchdogs or Detroit Become Human) while the leads (Clive Owen and Amanda Seyfried) deliver little emotion or heat - despite not being afraid of frequent nudity. It's extremely topical and quite believable, but the delivery leaves something to be desired.

No posts have been made on this movie yet. Be the first to start talking about Anon!