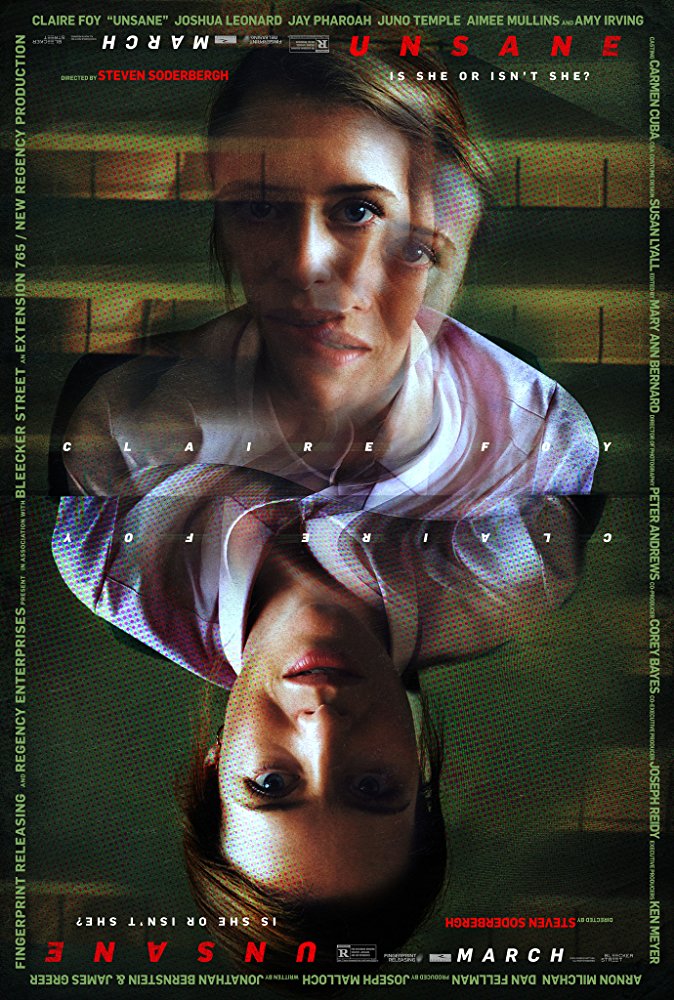 Plot: A young woman finds herself involuntarily committed to a mental institution where she finds herself confronting her greatest fear - but is this fear based in reality, or merely a product of her delusion? -- Chris Kavan

Certain plot turns make "Unsane" less unconventional than I was hoping it would be, but its acting is terrific and its method of filming (being shot on an iPhone) gives it a warped, surreal uneasiness.

Even though this didn't do well in theaters, for a film that was made on an iPhone exclusively, I thought it was pretty good. The story is both predictable at times as well as outlandish, but the performances are good and Steven Soderbergh crafts a competent thriller. It has issues, for sure, but if you are starved for a modern-day horror with real-world implications, hey, you could do worse.

No posts have been made on this movie yet. Be the first to start talking about Unsane!