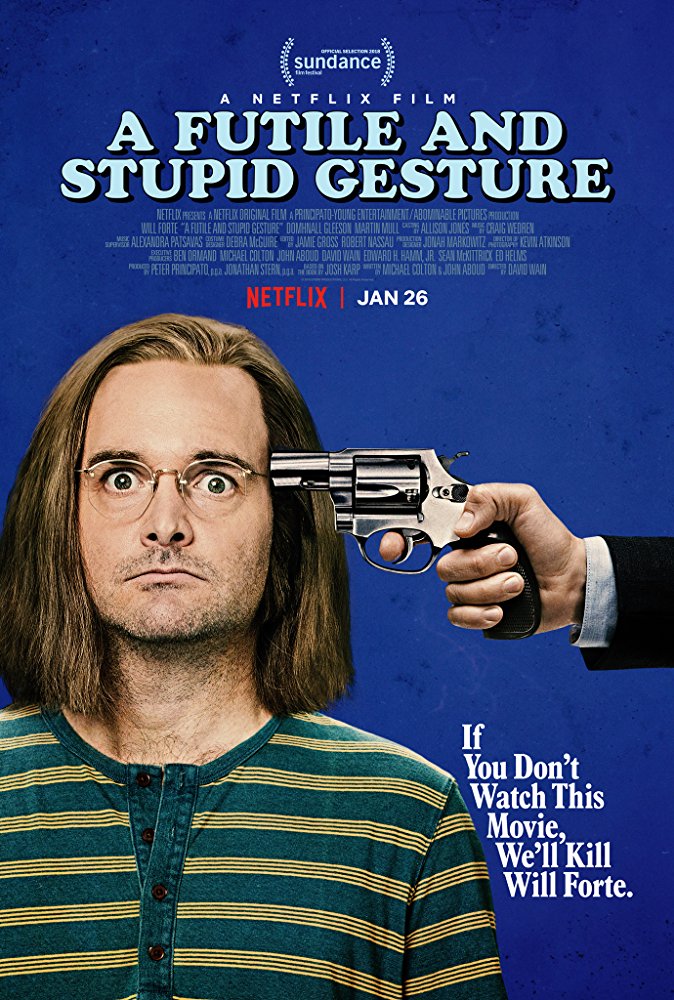 Plot: Explores the origin of The National Lampoon and the chaotic life of its founder Douglas Kenney, along with the writers and comedians he worked alongside. -- Chris Kavan

Sure, I'm sure the film glossed over several aspects of the life and times of Douglas Kenney - but the film is so worth watching for the sheer amount of comedic talent involved. It is quite spread out, so you only get a brief glimpse of some of the talent, but what a roster - and it's apparent they have much respect for the subject. It's a good time, even if it doesn't dig too deep.

Regrettably, this movie arrives in a robe of cheeky self-consciousnesses from which it never succeeds in undressing. Colorful sets abound. Appropriately styled. Just a little bit too paint by numbers. The only part of this character we are shown is his longing nostalgia.

No posts have been made on this movie yet. Be the first to start talking about A Futile & Stupid Gesture!