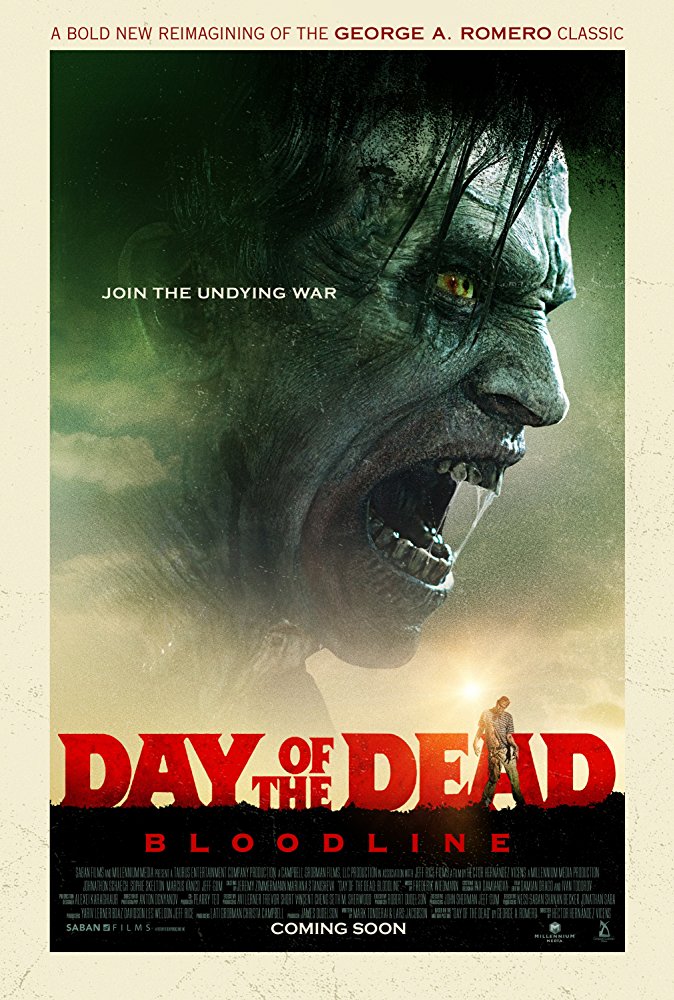 Plot: The remake of the 1985 film finds a world overrun by the undead. A small group consisting of survivalists and the military are holed up in an underground bunker, with a hope of finding a cure for the zombie scourge before they succumb to the dead... or each other. -- Chris Kavan

Not as terrible as some remakes, but the film suffers from stupid-people-itis - as in most of the decisions in this film had me beating my head over how dumb it seemed to be. In fact, I found myself siding with the hard-ass base commander more often than the actual protagonists in that yes, he's being a hardass, but hell people - this is a zombie apocalypse, not a freakin' picnic. Nice try, but there is better out there.

No posts have been made on this movie yet. Be the first to start talking about Day of the Dead: Bloodline!