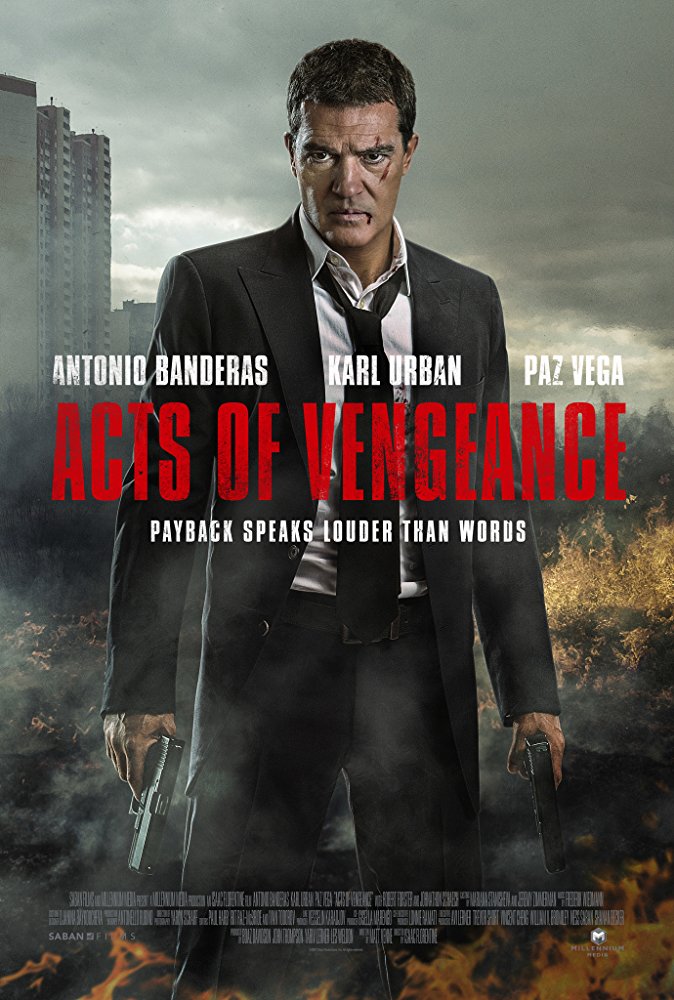 Plot: A father enters the violence world of street and underground fights to punish and
deal with the grief of the murder of his wife and daughter. -- Ionut valentin

âDo I look crazy to you ? Unhinged ?
Maybe I am.
But before you rush to judgment, letâs rewind a bit.â

Antonio Banderas will never succeed in emulating the role he played in âDesperadoâ. There was a flare-up in âAutomataâ and âThe 33â a while back, but for the most part he only plays in standard films which deserve the label âB-Filmâ most of the times. Usually the acting isnât the cause, because that remains of the same level in every film. Itâs always a different facet what makes the film to fail. In âBlack Butterflyâ the end was disappointing. And âSecurityâ was no more than an adult version of âHome Aloneâ in a mall. I was hoping after seeing âBlack Butterflyâ that Banderas wouldnât be showing up in an endless series of crappy B-Films. …

No posts have been made on this movie yet. Be the first to start talking about Acts of Vengeance!