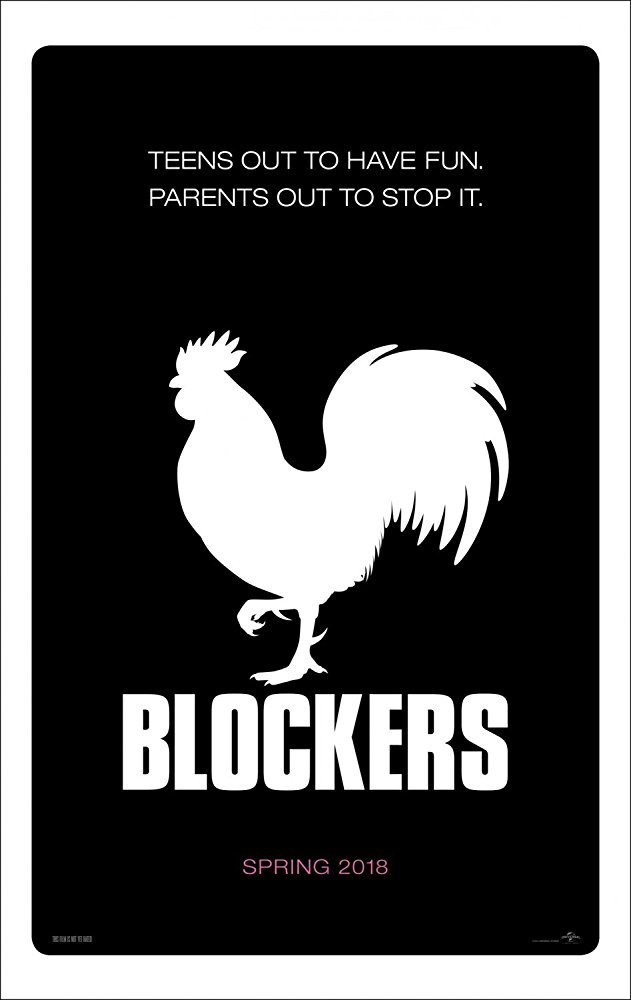 Plot: Prom night is the one night every high school girl looks forward to - as well as their hormone-laden dates. Three fathers are prepared to do everything in their power to make sure their daughters remain pure - at any cost. -- Chris Kavan

This is essentially a gender-swapped version of Superbad - but instead of the standout actors being the teens, it's the adults (John Cena, Leslie Mann and Ike Barinholtz) who truly carry this picture. The film has some excellent moments, but, overall, is simply just mildly amusing. Still, if you're up from some raunchy fun - this will certainly scratch that itch.

"Blockers" is a good-spirited sex comedy, but one that's too strained to really work.

This raucous romp about 3 worrisome parents trying to stop their respective daughters from losing their virginity on prom night has some laughs. But quite a lot of just plain ordinary gross-out humor too. The comedic center-piece being John Cena participating in a butt-chugging competition. To the film's credit, the three adult leads (Cena, Mann, and Barinholtz) are funny together and are responsible for the intermittent laughs.

No posts have been made on this movie yet. Be the first to start talking about Blockers!