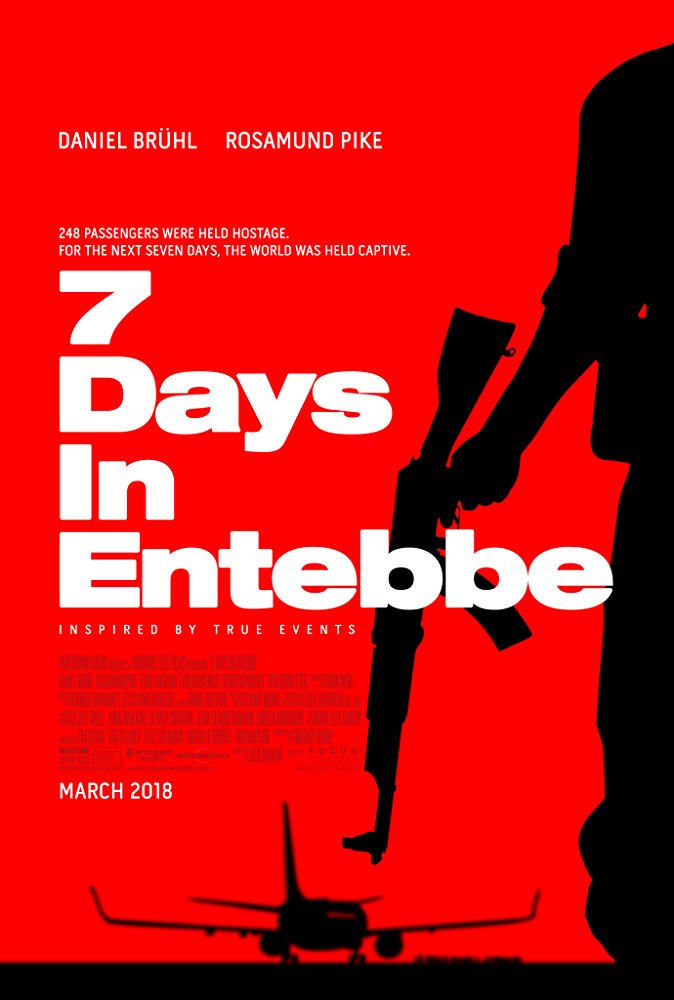 Plot: Based on the true story of the July 1976 hijacking of a an Air France flight that was forced to land in Entebbe, Uganda. After separating the Jewish passengers from the rest, the hijackers demanded their release in exchange for the release of terrorists being held in Israeli prisons. After fierce debate, it was decided a special forces unit would be sent in to raid the airfield and free the hostages. -- Chris Kavan

Extremely dull and awkwardly edited, 7 DAYS IN ENTEBBE fails to generate interest in its otherwise fascinating premise. There are other earlier films about the hostage crisis at Entebbe Airport which are far better. Rosamund Pike and Daniel Bruhl are not necessarily terrible, but the film does them no favors. Ironic that the only moments of levity come from an appearance by notorious dictator Idi Amin.

No posts have been made on this movie yet. Be the first to start talking about 7 Days in Entebbe!