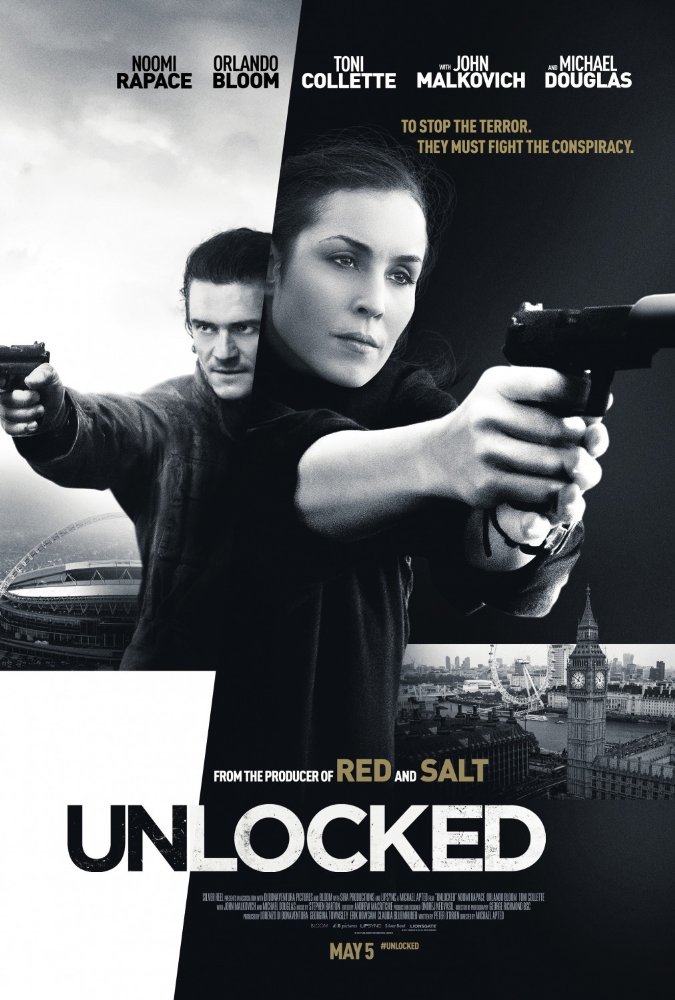 Plot: A CIA agent and expert on interrogations finds herself trapped in a web of conspiracy and paranoia when she falls into a ruse that could lead to a devastating biological attack on London. -- Chris Kavan

Routine spy thriller focused on counter-terrorism and the moral ambiguity of espionage. But it does have a nice cast.

"Send a car for my wife and flowers. And by flowers, I mean whatever it takes to keep me off the couch tonight."

Take any "Jason Bourne" episode, mix it with lets say a "Mission Impossible" or recently "Stratton" and add a little bit of humor. As a result you'll get something similar as "Unlocked". So, it isn't exactly original. It's entertaining, but it's also an inextricable tangle of intrigues. At one point you're wondering who can be trusted and who can't be. The film fits in perfectly with today's news. Every few months there's a terrorist attack by some extremist organization in Europe. I just hope this film won't cause some crack-brained organizations to get bad ideas.

Maybe it's me, but at times I didn't have a clue what the people concerned were talking about. Apparently, …

No posts have been made on this movie yet. Be the first to start talking about Unlocked!