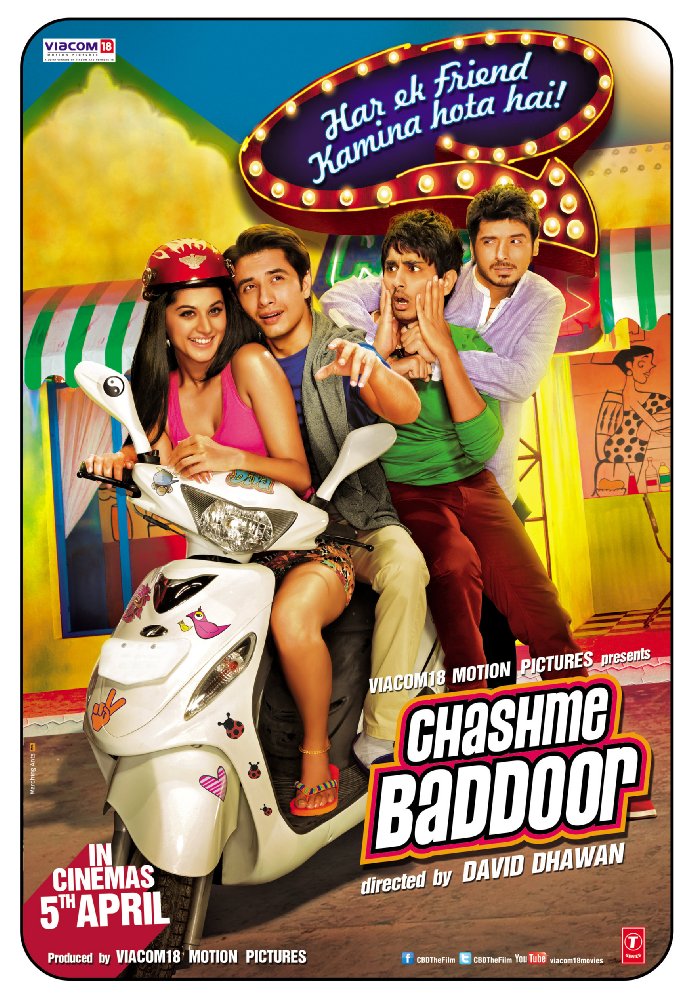 Plot: Chashme Baddoor (Far Be the Evil Eye) is a story of three friends, Sid, Omi, and Jai, in
which they all fall in love with the same girl, Seema. She only likes Sid, and hates Omi and
Jai. Now, Omi and Jai want to tear apart the two lovebirds. A remake of the 1981 comedy
"Chashme Buddoor".

No posts have been made on this movie yet. Be the first to start talking about Chashme Baddoor!