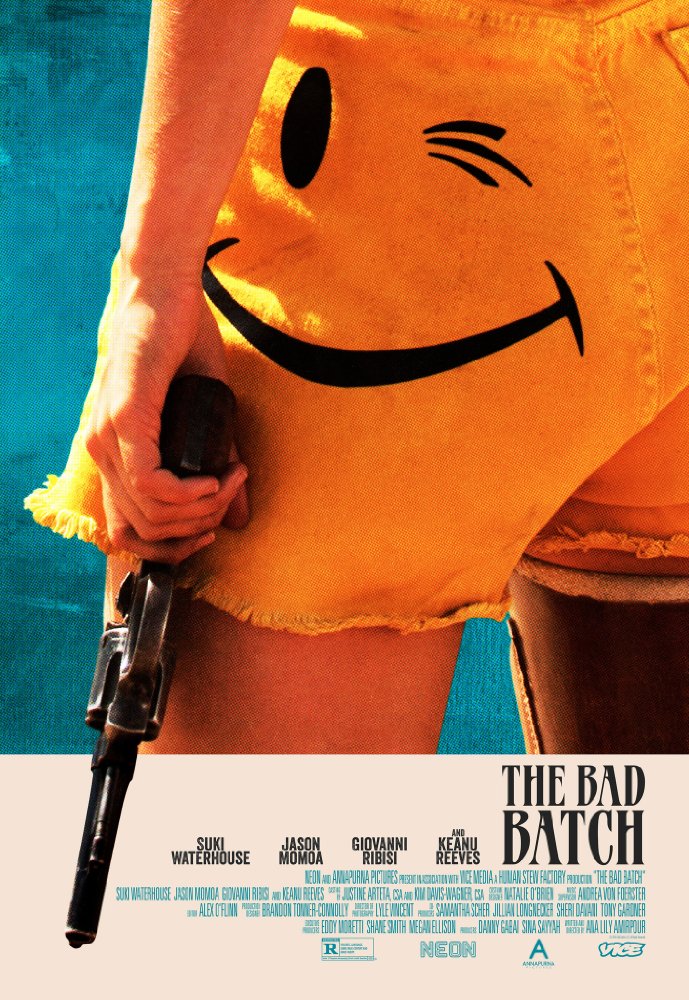 Hypnotic and fascinating for a while.

"Strange, isn't it? Here we are in the darkest corner of this earth, and we're afraid of our own kind."

You can say "The bad batch" is an exceptional and eccentric movie. It impressed me the first 20 minutes. An apocalyptic and insane society, somewhere in a desert on the American continent, where unwanted individuals are being dropped. Are you a criminal, an illegal or an asocial person, you'll get a distinctive tattoo and a hamburger, and you'll be left behind in the scorching heat in this no-man's land. That's what happened to Arlen (Suki Waterhouse). First of all, she wanders around carefree and careless, until she's snatched by "Mad Max" -like desert dwellers. Not much later, she loses an arm and a leg. She seems to have fallen in the hands of a gang of unscrupulous cannibals, …

No posts have been made on this movie yet. Be the first to start talking about The Bad Batch!