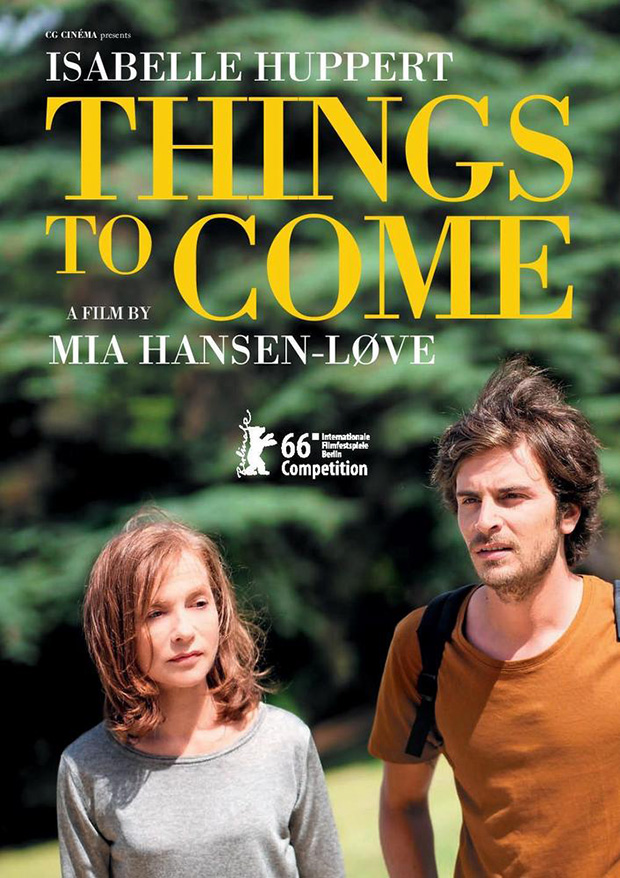 This is my #20 film of 2016. It's Isabelle Huppert's second Oscar-worthy performance from this year and a great film about facing upheaval and change.


#20 FILM OF 2016: THINGS TO COME
The French language title of Mia Hansen-Loveâs perceptive new French film is âThe Futureâ, but its English title is Things To Come. Both fit the film perfectly, but I think the English title goes further into probing the filmâs meaning and the mindset of its protagonist. âThe Futureâ is a fine and fitting title for this beautiful, understated domestic drama about a French philosophy teacher in her sixties who, over the course of a year or so, loses her marriage, her mother, and her general sense of stability. The film is very much about saying goodbye to oneâs past, both distant and …

No posts have been made on this movie yet. Be the first to start talking about Things to Come ( avenir, L' )!