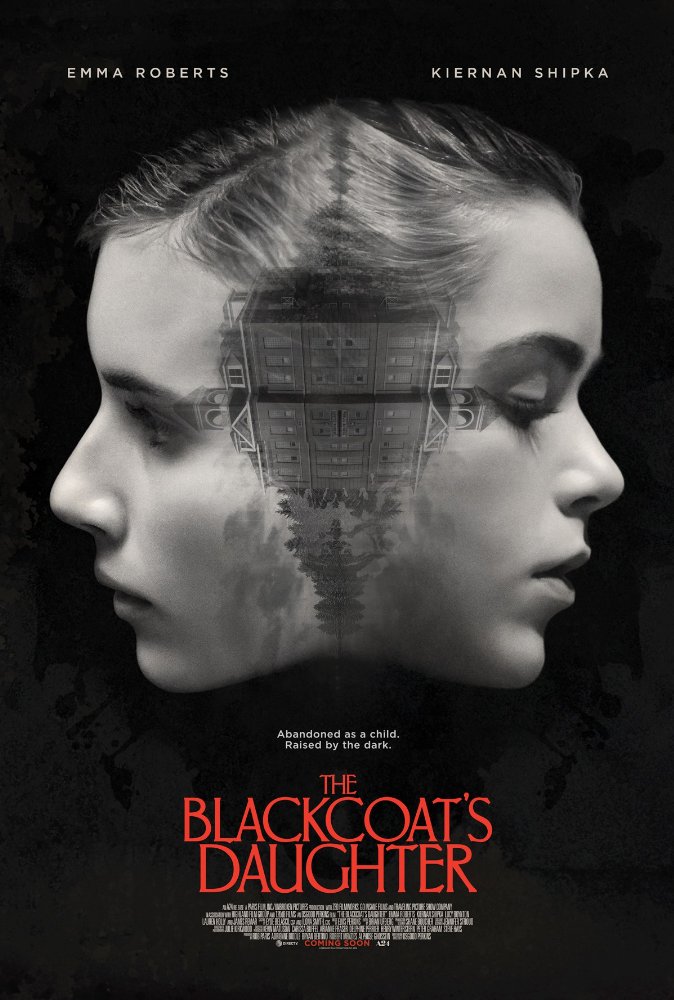 Plot: At an all-girls boarding school, two students remain as they await the arrival of their parents. But as the days go by, an evil presence threatens to consume them. -- Chris Kavan

Although the twist, for me, was somewhat predictable - all three lead actresses (Emma Roberts, Kiernan Shipka and Lucy Boynton) were well cast and made each of their characters stand out. The film also had an excellent atmosphere of creeping dread that increased as the film went on - leading up to a violent ending. All in all, a pretty good horror film that genre fans will enjoy.

No posts have been made on this movie yet. Be the first to start talking about The Blackcoat's Daughter!