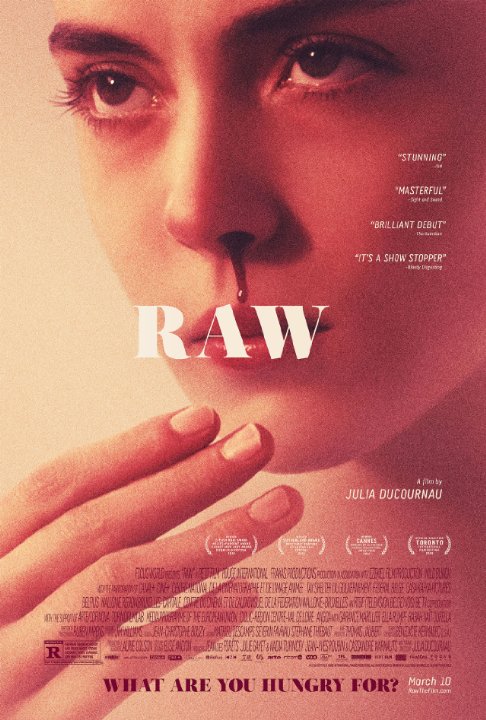 Plot: A young woman who is also a vegetarian is forced to in to participating in a carnivorous hazing ritual. But this act unlocks something buried deep inside, and her craving for meat begins to grow. -- Chris Kavan

To call this film unnerving is a bit of an understatement. I don't know what it is, but the French have developed some excellent horror over the years - and Raw now joins the rest as unsettling and a film that very much lives up to its title. Lead Garance Marillier gives an excellent performance, first as a shy, unsure first-year veterinary student and later as a much more confident and indulgent college student once her "gift" (or curse is you will) is awakened. I heard people fainted and or threw up at the premiere - while I wasn't that affected, this will surely make an impact you won't soon forget.

Top 25 Films of 2017 by CarnivorousCouch

No posts have been made on this movie yet. Be the first to start talking about Raw!