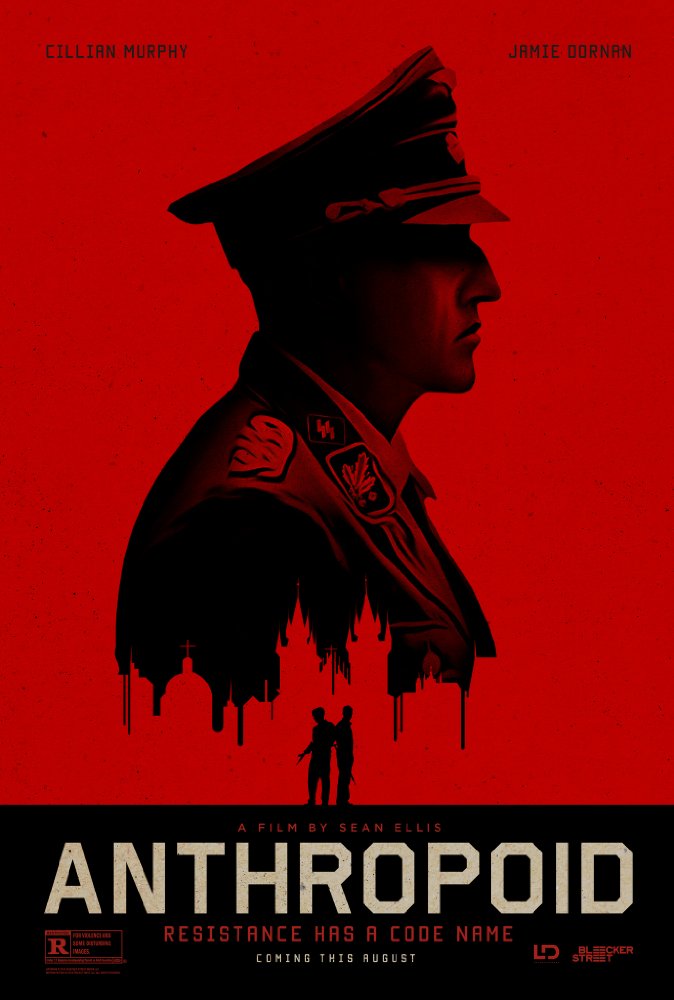 Plot: Based on the true story behind Operation Anthropoid during WWII. The third in line to lead the Third Reich behind Hitelr and Himmer was SS General Reinhard Heydrich. The architect behind the Final Solution was also the commander of the brutal occupying force in Czechoslovakia. Allied soldiers, witnessing his work first hand, come up with a plot to assassinate Heydrich. -- Chris Kavan

Neither engrossing nor insightful, "Anthropoid" turns a riveting historical event into a bland re-enactment.

Nothing really special about this film except that it's good to hear new but equally relevant story about the WWII. It's good that people in the industry continue to find and tell stories like this.

Christian Grey and Scarecrow in WW2 together? Ok..

Anthropoid is a WW2 thriller in the vein of Tom Cruise's 2008 film Valkyrie;actually it's arguably the same story. But Valkyrie remains the superior film thanks to its grander scale and more recognizable ensemble cast. Plus it was actually fun to watch. Anthropoid isn't a terrible film but it does become dreary and bleak.
The target of the assassination plot this time around is Reinhard Heydrich, the Butcher of Prague and perhaps the most feared member of Hitler's inner circle. Two Czech resistance members (Murphy and Dornan) are assigned to kill him. The second half picks up the pace considerably and ends with an intensely choreographed shootout in a church.
The acting is fine and the atmosphere is on key. But it does feel oppressive at times more than I feel it meant to.

No posts have been made on this movie yet. Be the first to start talking about Anthropoid!