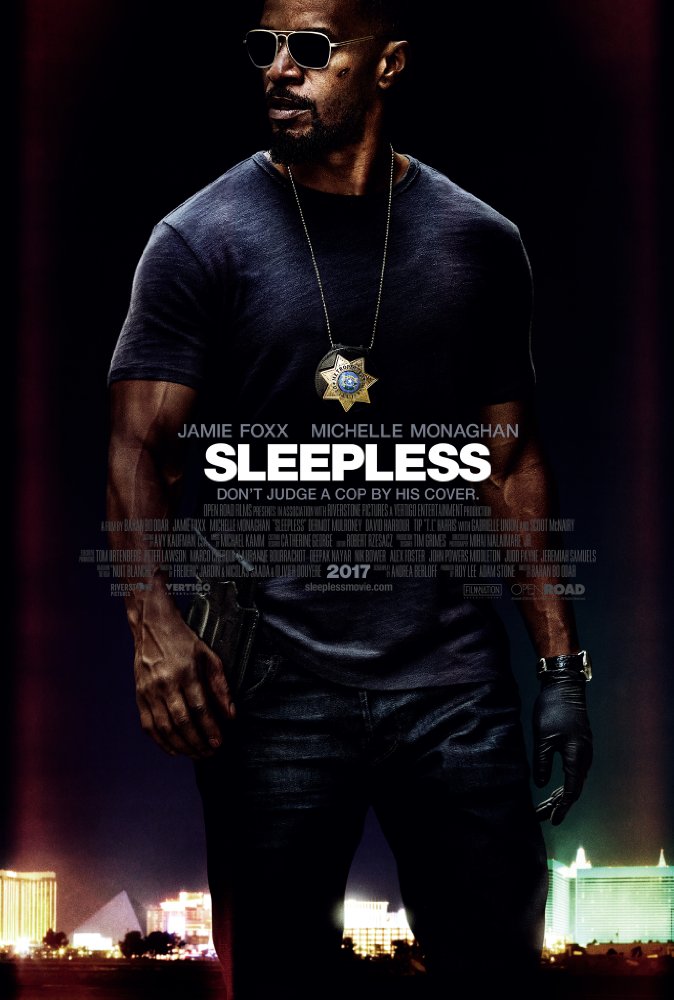 Plot: A cop who has ties to the criminal underworld has his son kidnapped. It leads to a nightclub where he will not stop searching until he can get him back. Based on the French film "Nuit Blanche". -- Chris Kavan

You won't have sleepless nights after watching

"When you hang with scumbags... You need a safety net."

I really don't know why this movie got the title "Sleepless", but I guarantee you, you won't have sleepless nights after watching it. Or it's out of annoyance, because that's what this movie did to me. It annoyed me immensely. Not only because of the fact that the subject has been used already infinite number of times, but also because of the ambiguities and ridiculous situations. Apparently it's a remake of a famous French action film. However, this American version is provided with too much out-of-proportion incidents and exaggerated action scenes. It made the movie totally implausible.

It all starts with a robbery conducted by Vincent Downs (Jamie "Django Unchained" Foxx) and his partner Sean (T.I.). The loot consists of a …

No posts have been made on this movie yet. Be the first to start talking about Sleepless!