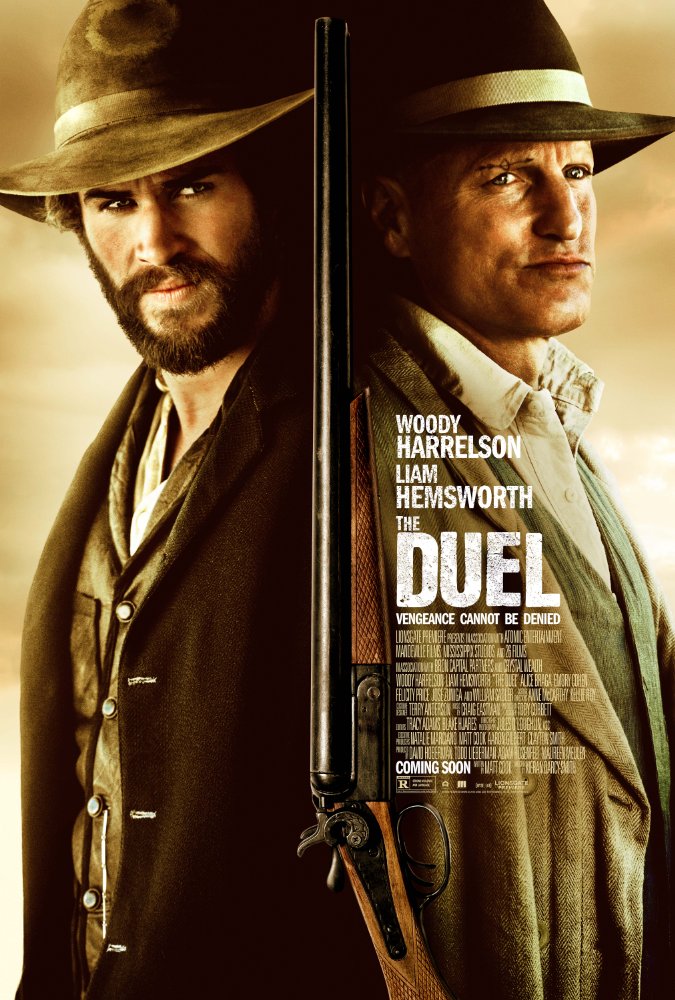 Plot: A Texas Ranger investigates a series of unexplained deaths in a town called Helena.

As far as 2016 western movies go, THE DUEL is not as bad as DIABLO. But it's unfortunate that the movie is mostly boring save for a few moments. It's saved from being a total waste by a good villainous turn by Woody Harrelson. Liam Hemsworth is one note but likable enough as the protagonist.

No posts have been made on this movie yet. Be the first to start talking about The Duel!