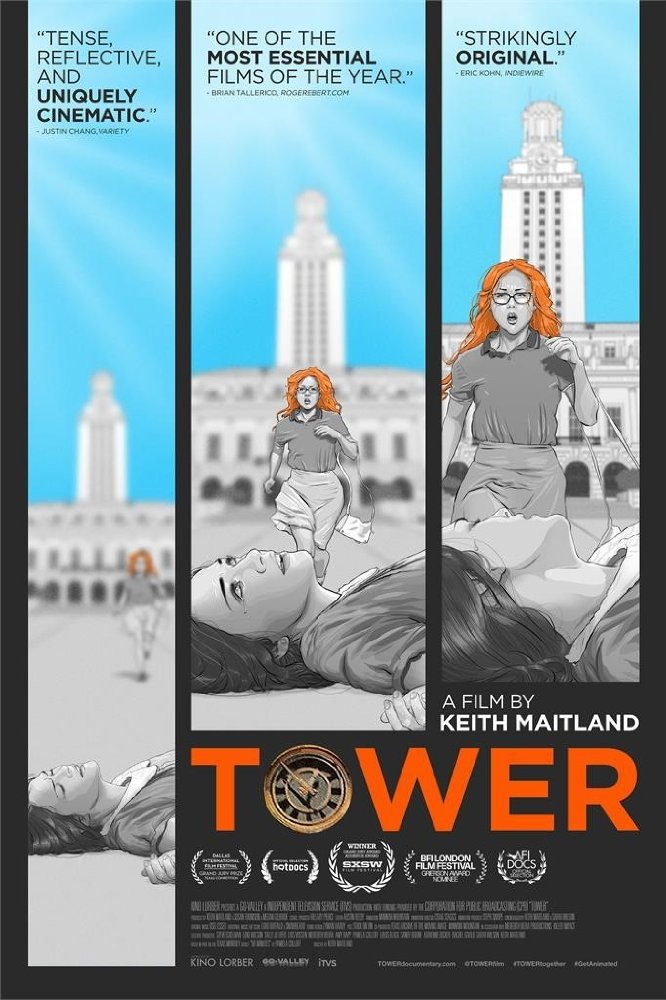 A unique documentary about the 1966 mass shooting at the university in Austin, Texas. I say unique mainly because they use roto-scoping to animate the recreation of events. At first, it is interesting but then it becomes a distraction. Otherwise, this docudrama is fascinating if not necessarily thought provoking compared with OKLAHOMA CITY.

Keith Maitland's extraordinary animated documentary, Tower, plunges us immediately into a scene of violent turmoil. We are listening to a real news broadcast from the summer of 1966 and the film uses animation to put us inside the broadcast booth. The âboothâ in this case is a four-door station wagon emblazoned with the letters KTBC, the call sign of a local news station in Austin, Texas. The man driving and speaking into the microphone is Neal Spelce, the station director. He is circling the perimeter of the University of Texas, urgently instructing people to stay away from the area. There is a sniper firing indiscriminately from the top of the famous campus Tower. Spelce is using the power of journalism to keep people out of harmâs way, but this remarkable documentary has a …

No posts have been made on this movie yet. Be the first to start talking about Tower!