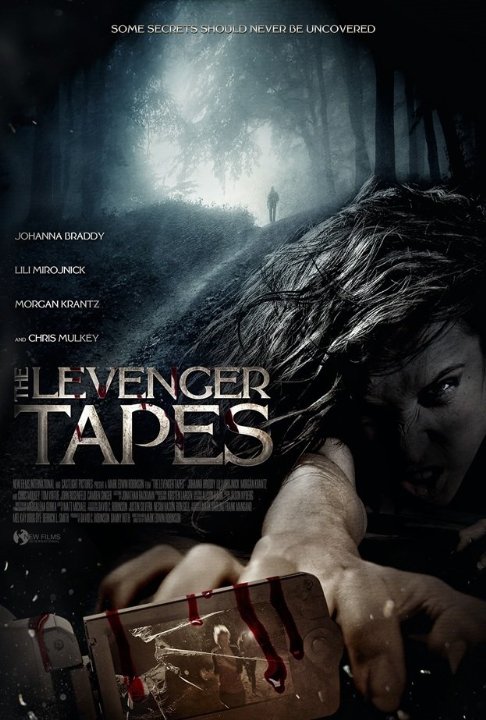 Plot: Three college students go missing and a group of detectives pour over taped footage to try to unravel the mystery. Things deepen when the tapes reveal a link to the case of a missing girl and the chilling revelation tie both crimes together. -- Chris Kavan

Even though the found footage phase of horror has long outworn its welcome, every now and then a film comes along to squeeze just a little more out the genre. While The Levenger Tapes is not the most original of horror films, it's also not a bad choice for those who aren't sick to death of found footage.

The characters seem pretty grounded in reality - led by Johanna Braddy (who may be familiar to those who watch Quantico) the film follows three friends out for a getaway in a somewhat secluded cabin. You have the talkative camera operator (Morgan Krantz) who is trying his hardest to impress the recently single Amanda (Braddy) with the more serious and downbeat Kim (Lili Mirojnick) also along for the ride. The movie switches between the three and a group of police officers (including …

No posts have been made on this movie yet. Be the first to start talking about The Levenger Tapes!