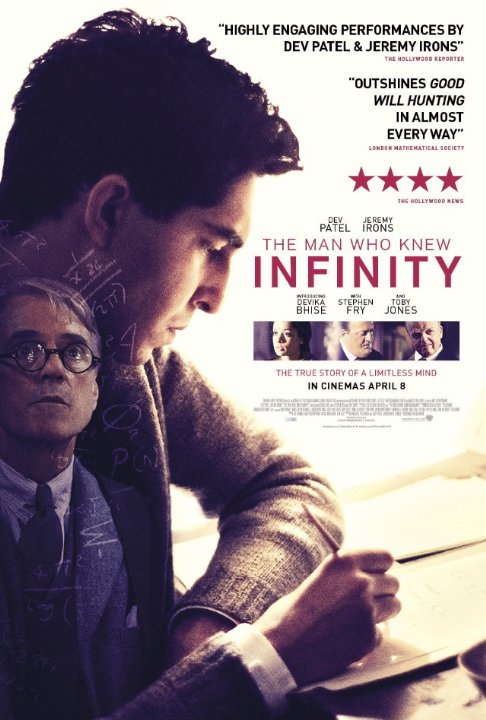 When compared to the already preexisting and far superior "A Beautiful Mind," "The Man Who Knew Infinity" is quite typical and a bit unnecessary, but the story is nonetheless a powerful one.

'Infinity' Can Be Boring

'The Man Who Knew Infinity' tells the true story of Indian mathematical genius Ramanujan, documenting his travel to England and years long partnership with professor Hardy to publish his discoveries. As far as historical biopics go, this brings up all the tropes you'd expect. Ramanujan faces prejudices and a tough mentor, as well as sickness and imminent death. His struggles never felt real to me, because the film lacks much involvement. The directing and editing are so stale, and the writing routine, to the point where I was fighting boredom for most of the runtime. The only thing keeping me invested were Patel and Irons' convincing performances. It shows they were giving great effort. Eventual friendship and admiration through their off-standing personal differences is the main …

No posts have been made on this movie yet. Be the first to start talking about The Man Who Knew Infinity!