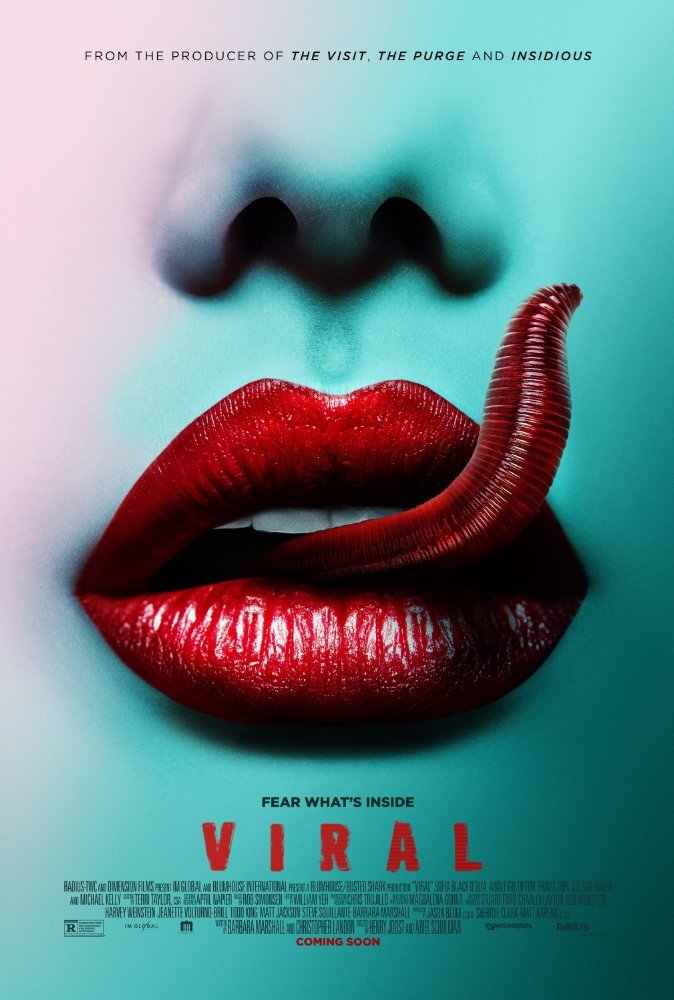 Plot: Two teen girls become separated from their parents when their town faces a quarantine following a mysterious outbreak. At first the two explore their new-found freedom, partying and doing whatever they want - but as the infection begins to affect people they know, they soon turn to self preservation. Barricading themselves in with a neighbor, things get even worse when one of the sisters shows signs of the infection - and it soon become a choice between family or survival. -- Chris Kavan

Viral takes its cues from several different horror genres but manages to put its own stamp on things. The films mostly takes place in one neighborhood where a pair of sisters (the good girl and the rebel) find themselves having to fend for themselves when a parasite outbreak quarantines their community. While it doesn't break any new ground, it's a decent way to pass the time.

"There's something going around that's making people sick. Most are now speculating that it's parasitic."

Oh no, again another zombie movie? Or is it the umpteenth film about the end of the world thanks to a fast spreading epidemic? "You know what?" they thought at Blumhouse Production. "Lets just mix together those two worn-out horror genres". The result is "Viral". And I have to admit, the result isn't so bad. It certainly won't compete for the price of best horror. And it won't leave an everlasting impression. But because of the convincing performances and the growing tension, this movie managed to captivate me.

Emma Drakeford (Sofia Black-D'Elia) is a young, shy student who just moved from Berkeley to Shadow Canyon with her father Michael (Michael Kelly) and the rather …

No posts have been made on this movie yet. Be the first to start talking about Viral!