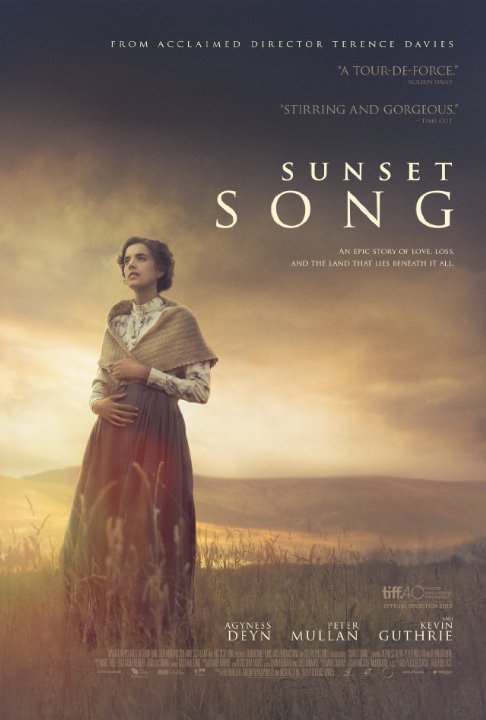 Plot: Follows the life of Chris, one of many children of a tyrannical Scottish farmer, as she comes of age in the 1910s and experiences the good and bad that this life has to offer. -- Chris Kavan

A gently laid out portrait of a woman's journey through a man's world, "Sunset Song" is definitely familiar, but still powerful.

A gorgeous turn-of the-century period piece, this Scottish film is my #19 film 2016. Here is the link to the Carnivorous Couch review page, which has images from this most painterly of films.


#19 OF 2016- SUNSET SONG
One of the marks of a great film is being able to capture sensations that transcend words. While most of my favorite films rely on great scripts filled with beautiful, expressive language, the best films never rely solely on their writing. Because film is a visual medium, it has the potential to capture something that is not possible in purely written form. Film can help express emotions and sensations that transcend words. However, I ran into a challenging paradox in reviewing Terence Daviesâ sumptuously literate Sunset Song, …

No posts have been made on this movie yet. Be the first to start talking about Sunset Song!