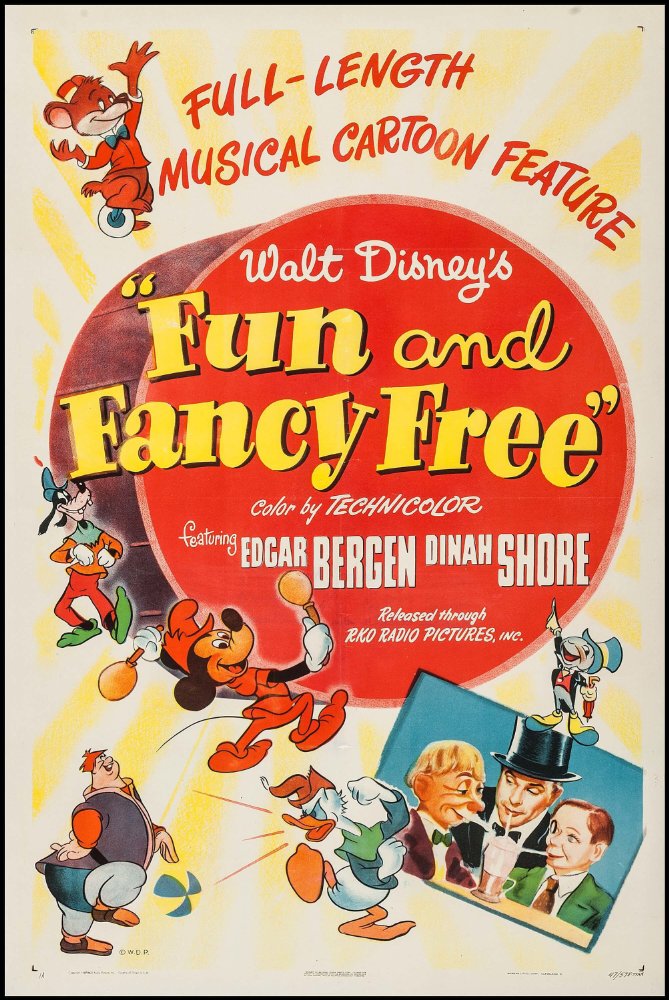 "Fun & Fancy Free" is exactly what its title suggests, but its lightheartedness and warmth can only carry its 2 overlong stories so far.

In a film split into two stories, we see the adventures of a circus bear named Bongo and a Disney re-telling of âJack and the Beanstalkâ starring Mickey Mouse (Walt Disney). Jiminy Cricket (Cliff Edwards), from âPinocchio,â makes his second Disney feature appearance as the host in the double-dose movie âFun & Fancy Free.â

I donât know why Disney thought this sort of thing was a good idea, but I guess it worked. I think he really liked doing shorts, but also really liked doing features, so he just decided, âWhy not do both?â Thus, we get several mini-movies grouped together as features. This isnât his first, and it certainly wasnât his last.

That being said, Iâll get to each part individually. âBongoâ is a forgetful story told by Dinah Shore about a …

top 10 worst animation movies of all time by anderson100

No posts have been made on this movie yet. Be the first to start talking about Fun and Fancy Free!