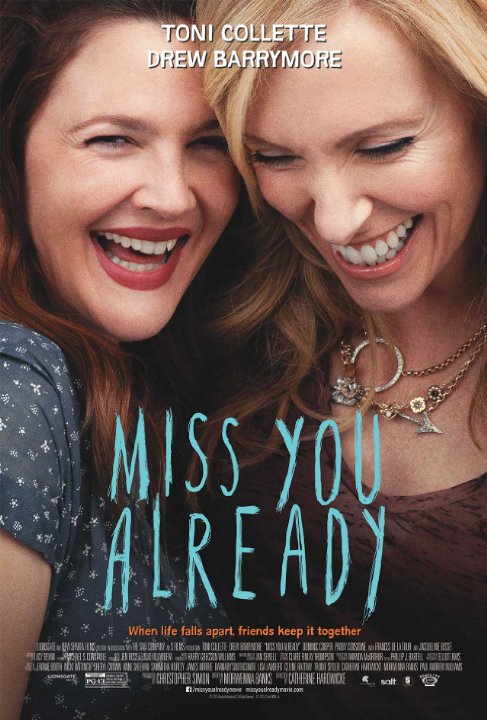 Plot: The life-long friendship of two girlfriends is put to the test when one decides to settle down from her Bohemian lifestyle and have a baby and the other finds out she has breast cancer. -- Chris Kavan

"How could the tumor have gotten so big? It's aggressive, like you. Jesus. Well, is it contained? In my body, yes. You should have gone back sooner. Yeah, thanks. Hadn't figured that out. "

I'm not really a fan of tragicomic films with a terminal illness as a main topic. And yet I'm always impressed after accidentally watching such a movie. That was the case with "Philadelphia", starring the overwhelming Tom Hanks who was diagnosed with AIDS. In "Still Alice" Julianne Moore starred as the with Alzheimer stricken Alice. And not so long ago, I praised "Me and Earl and the Dying Girl". Also "Miss you already" kept me captivated. Especially by the stunning interaction between the two protagonists Jess (Drew Barrymore) and Milly (Toni Collette). Two best friends who shared every milestone …

No posts have been made on this movie yet. Be the first to start talking about Miss You Already!