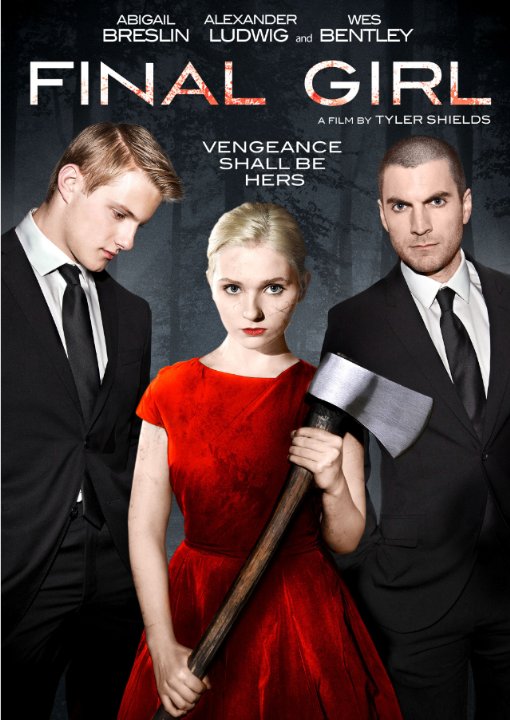 'Final Girl' has a neat premise for a slasher film: the latest female vicim for a group of murderous teenage boys turns out to be a highly skilled killer herself. We see the events unfold from her point of view. She's an intelligent girl who's been trained for this scenario since a very young age. But is it just for this specific encounter? That wouldn't make sense. Who's idea was this? What's the true reasoning for these targets, or even her training in the first place? None of that is answered. There's almost no story/character present. Nothing to have me care about any of this. It's basically a setup to the final act of a normal slasher movie, but with the 'final girl' (only girl) being a secret assassin of sorts and wasting them all. There's no tension ever established in …

Face of an Angel, Mind of a Killer

Final Girl comes across as a mix between Hanna and Funny Games. On one hand you have the mysterious handler training a young girl to be a killing machine - on the other, a group of affluent, white males who kill for the fun of it. When the two groups come together - well, let's just say the body count rises rather quickly.

Abigail Breslin has come a long way since appearing as the wanna-be mini-pageant queen in Little Miss Sunshine. She has proven in Zombieland and Maggie that she can adjust well to comedy, drama and horror. Final Girl veers more into thriller territory - there is a lot more build up and tension than there is widespread bloodshed. Breslin comes across as both vulnerable yet coldly calculated - from the opening, she is set up to be the perfect killing machine - a …

Are you expecting a slasher movie ? Dead wrong ..

"Are you guys an a-Capella group?
Something like that.
Naw, we don't sing together.
You should. "

After reading the content of "Final Girl", you would expect a "I spit on your grave" -stylish revenge film in which a young woman teaches a group of young teens, who developed a rather morbid hobby during the weekends, a lesson. In hindsight, you can say it's at least disappointing. The reprisals are quite soft, lacking any kind of excitement. The whole movie sometimes has a cartoonish 60's look with some absurd scenes which sometimes even reminded me of "A Clockwork Orange" (not in terms of story but pure when it's about the mood).

I surely would recommend anyone to give this movie a chance, just because of the presence of Abigail Breslin. What a ravishing appearance, this young …

No posts have been made on this movie yet. Be the first to start talking about Final Girl!