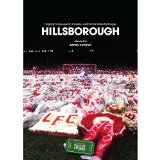 Plot: In 1989, at the Hillsborough Stadium in Sheffield, England, Liverpool and Nottingham Forest faced off in a semi-final match. But when Liverpool fans rushed in, it resulted in the death of 96 people, dubbed the "Hillsborough Disaster". But it the events after - who was blamed, and information that was buried, that continues to haunt the lives of families and officers alike to this day. Interviews with survivors, former officers and families of the victims drives home the lasting impact of this tragic event. -- Chris Kavan

A Haunting Look at Tragedy and Its Aftermath

Hands down the most riveting and emotional of the ESPN 30 for 30 documentaries (this one part of the Soccer Stories series) - and also the best one yet. The things that makes this resonate so much is the involvement of the people who stepped forward to tell their stories - both people who were there, families who dealt with the aftermath and police officers who were on the scene. You can see the emotional toll on their faces, especially as it goes beyond the tragedy itself and deals with the years of fighting for the truth and justice to finally come out. It makes one mad to know that official statements were judicially edited to place the blame of rowdy "hooligans" rather than the ineptitude of the leadership to control the situation. In 2012 - only 23 years after the event did some …

No posts have been made on this movie yet. Be the first to start talking about Hillsborough!