The Diary of a Teenage Girl Movie Information 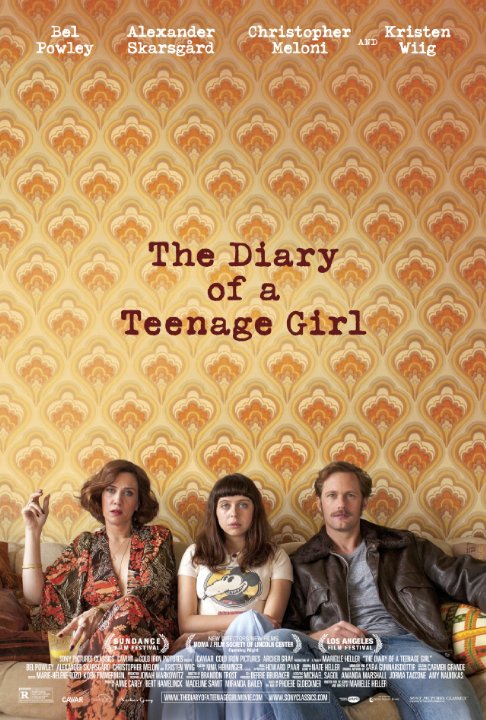 Plot: Minnie is an outgoing teen and talented budding artist in 1970s San Francisco. She discovers the power of her sexuality when she begins an affair with her mother's new boyfriend. Based on the graphic novel by Phoebe Gloeckner. -- Chris Kavan

Lurid, especially for a teen movie, but it's a compelling and creative one at that.

How long has Hollywood attempted to craft the perfect coming-of-age story? I think it's one of the more popular subjects - but it is certainly hard to get right. Often films don't take things seriously enough or fall into the trap of being too sappy to take serious. I admit, one of my favorite films is Almost Famous - which has a coming-of-age vibe too it. Play it safe - I think that's an apt description of many of these type of films, which makes Diary of a Teenage Girl all that more refreshing. The fact it focuses on a young woman, and shows how raw and real things really are, make this one of the better films in this particular genre.

Based on the book from Phoebe Gloeckner (who has a cameo in the film and also based the work partially on her own life) we follow 15-year-old Minnie, …

'Diary of a Teenage Girl' explores the sexual habits of a teenager in ways most films never do. It centers around Minnie's thoughts and feelings in regards to the emotional changes that occur when someone of that age first becomes sexually active. It's a confusing time of discovery, and the writing plus Bel Powley's performance really capture that evolution from innocence to control. We see how each of her encounters brings different outcomes. In the end, she becomes a much more mature teenager. I liked the brash sense of humor and her imaginative drawings coming to life. The relationship between her and her mother's awful boyfriend is believable. The main dramatic focus of the film lies here. I felt this was maybe dragged out too far. There's a few dead spots later on when they …

The Diary of a Teenage Girl

The Diary of a Teenage Girl (2015) R In 1970âs San Francisco, 15-year-old Minnie (Bel Powley) dreams of becoming a comic book artist, like her hero Aline Kominsky. Minnieâs world changes when her motherâs boyfriend (Alexander Skarsgard) takes an interest in her. Minnie thought that no one would be interested in her, but now she must decide if she is going to give in to her desires. Writer/director Marielle Heller has created a unique film that explores the sexual awaking of a young girl who had doubts she would ever be in a relationship. Minnie was feeling like a lot of young girls - that she just wasnât attractive enough for anyone to be interested in her. While this film has great love and respect for Minnie, itâs full of nudity and very adult situations. The cast is …

No posts have been made on this movie yet. Be the first to start talking about The Diary of a Teenage Girl!