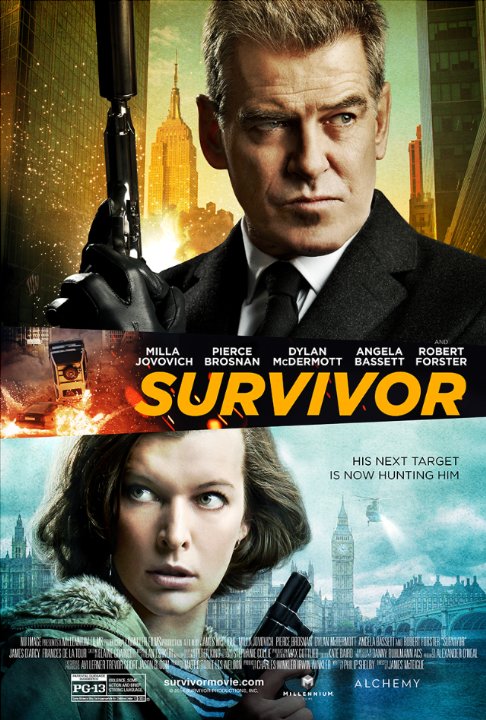 Plot: A new State Department employee is assigned to the London Embassy where her main job is to stop terrorists before they can get to the U.S. While uncovering a large-scale attack set to coincide with New Year's Eve celebrations in New York's Time Square, she finds herself a target of crimes she didn't commit and must race to clear her name and stop the attack. -- Chris Kavan

A competent but toothless action thriller that throws out every spy cliche in the book - too generic to be memorable but with enough decent actors (including Pierce Brosnan as a villain - the best role for me) to merit a watch. It's a bit too lazy in all departments and was rightfully overlooked in its short theatrical run but if you're out of options, eh, you could do worse.

Pierce Brosnan is so much better then this. I feel sorry for the guy.

No posts have been made on this movie yet. Be the first to start talking about Survivor!