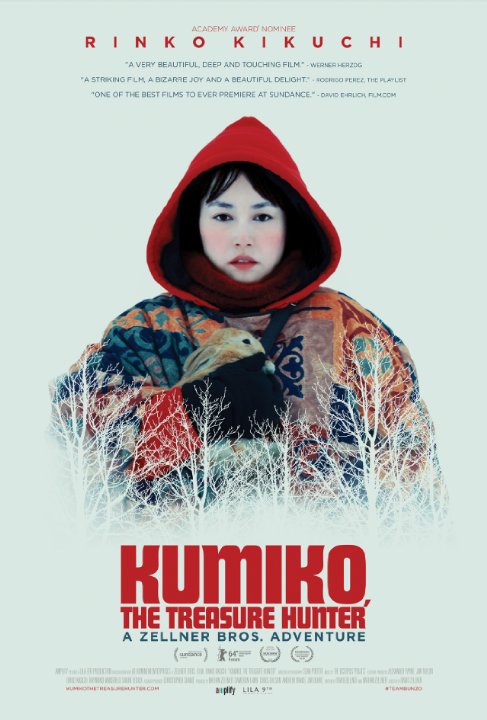 Plot: After discovering a copy of Fargo on VHS, a jaded Japanese woman, believing she has stumbled upon a hidden treasure, travels to the location in hopes of finding the cache of money. -- Chris Kavan

Not to sound insensitive, but deliberately leaving your pet rabbit on a train and stealing the company credit card to look for a briefcase from the 1996 fictional work "Fargo" is not the behavior of an underdog character movie audiences sympathize for. They are the actions of the mental and unstable, which is the reason "Kumiko, the Treasure Hunter" left me with such mixed feelings.

No posts have been made on this movie yet. Be the first to start talking about Kumiko, the Treasure Hunter!