Son of a Gun Movie Information 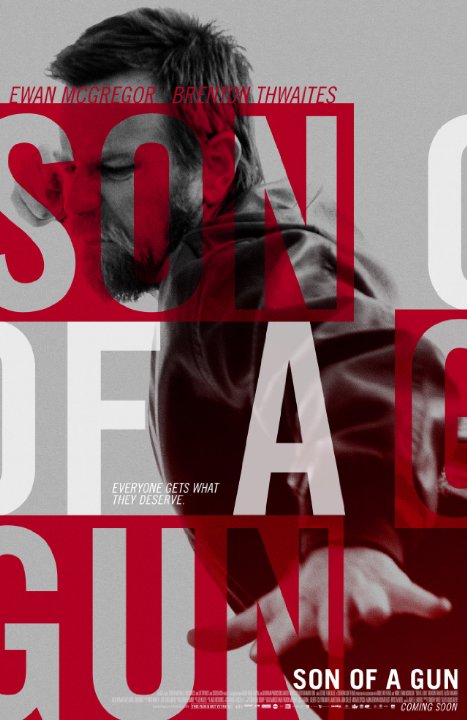 Plot: A 19-year-old petty criminal, JR, finds himself facing the harsh realities of prison in Australia. Knowing the key to survival is protection, he finds himself under the watchful eye of Australias most notorious criminal, Brendan Lynch. But there is always a price - starting with a daring prison escape. Once out, Lynch's crew plans a gold heist worth millions, but as the plan falls apart, JR finds himself pitted against Lynch. -- Chris Kavan

The first full-length film from director Julius Avery, Son of a Gun is slow burn, and though it has some pacing issues, thanks to some solid performances and inherent chemistry, this mix of heist/jailbreak/double-cross and revenge - all rolled into one - is a good first step into the right direction.

JR (Brenton Thwaites) has just arrived in prison for a minor infraction - out in three months with good behavior according to the officer - and yet, thought he only has a short stint, he soon finds himself in for much more than he bargained for. His roommate is the target of a group of toughs - the kind that show their love frequently and with great vigor - and he tries to intervene. He also draws the attention of Brendan Lynch (Ewan McGregor), a career criminal of some note, who at first …

a 19 year old ends up in prison and meets ewan mcgregor's character who is a tough guy inside with some clout amongst the inmates. he saves the kid from some rapists in order thtat when he gets out he will then break him and his mates out of prison.
cue prison escape guns and then onto a robbery where the kid is now caught up with the big boys and is in over his head or is he?
this is a good film i really enjoyed it. and there's a lot to it. its not just one thing then a robbery then over. there's lots more. and a pretty good ending as well.
its tough and a pretty good story and cast, ewan does a great job as the tough inmate/robber which is not a role i would normally asociate with him but he pulls it of pretty well.
The movie keeps you watching which is always a good thing , …

No posts have been made on this movie yet. Be the first to start talking about Son of a Gun!