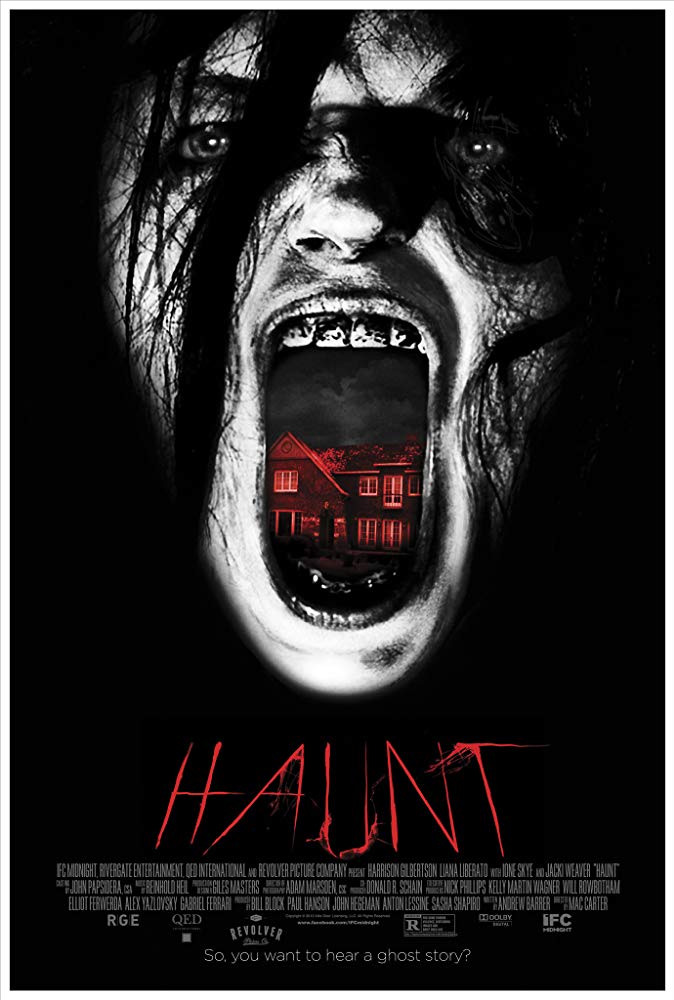 Plot: A family moves in to a new house with a violent past. The most introverted of their three sons strikes up a relationship with a neighbor girl and, after finds a mysterious radio in the attic, communicate with the spirits and unleash a new horror into the world. -- Chris Kavan

Nothing more than a fairly typical horror film - haunted house, creepy spirits and, of course, the unexpected twist (but not really - it's not too hard to see it coming). Still, the acting is adequate and there are enough disquieting moments to make it worth it for the horror fan.

"So you want to hear a ghost story?
Well, every ghost story begins with a house... and a tragedy.
And so we begin with mine."

The beginning really feels creepy. The rest of the film looks typical. Just another haunted-house topic with a whole range of already used elements from similar films. For the real horror fanatics it's nothing new or surprising. Expect creaking doors, manifesting entities , scary sounds behind every door and in every corner, looming shadows and sudden scares. This film contains them all and therefore looks like a hodgepodge of already used ideas. Except for that impression-making start wherein an original device is proposed : an old-fashioned looking device composed of transistors and radio lamps that can be used to communicate with the deceased. The …

No posts have been made on this movie yet. Be the first to start talking about Haunt!