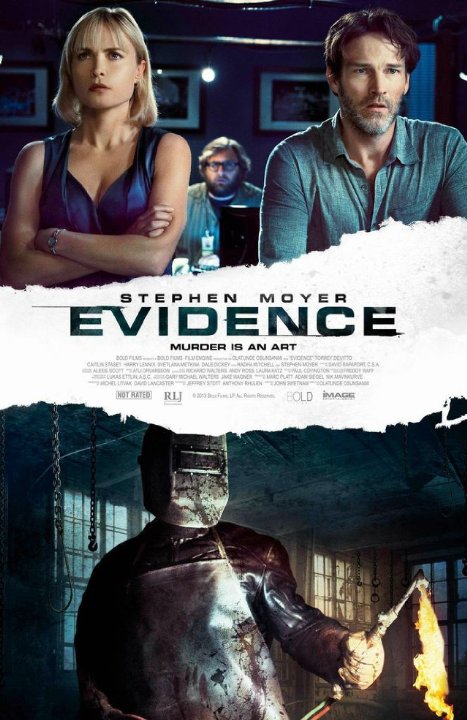 Plot: A pair of detectives are assigned to the case of a gas station massacre that left plenty of victims, but little clues as to the killer. Utilizing the videos taken by the various victims, the detectives will piece together the story and hopefully track down the killer. -- Chris Kavan

An interesting take on the found-footage genre - essentially a group of cops watch footage from various sources (camcorders, cell phones and the like) to try to piece together who is behind the welding mask and responsible for a gruesome gas station massacre. The twist felt forced but overall it wasn't too bad - as long as you're not completely turned off by the genre, you should at least give it a shot.

No posts have been made on this movie yet. Be the first to start talking about Evidence!