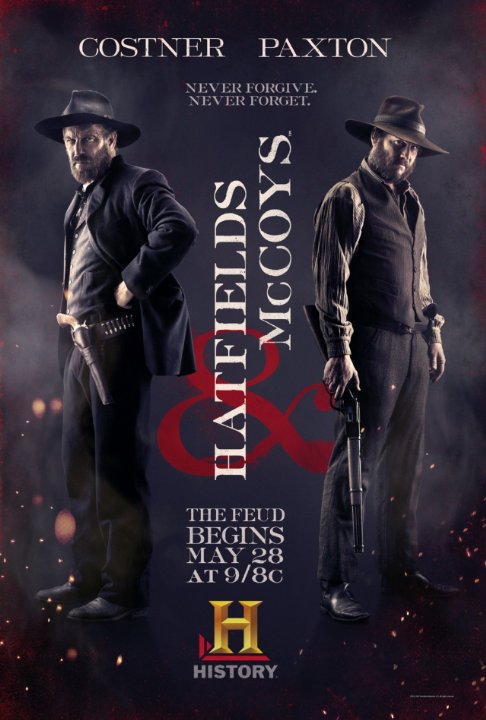 I have had a copy of this for a while now and due to so much to watch as of late i finally through this in and had a look. I have always had interest in this topic due to the fact that i just couldn't believe that a feud between two families...neighbors in fact could escalate so much that it actually made the daily papers. There is actually a scene in the film during a town hanging where one fella's lady asks why are they are there watching this? As to where her fella responds with "This is history my dear as he is one of the Hatfields" His wife responds with "What are the McCoys's and The Hatfield's famous for anyways? Another hanging stander by states "For killing each other!" Well that pretty much says it all as the feud between the two escalates into loads of bloodshed topped with …

No posts have been made on this movie yet. Be the first to start talking about Hatfields & McCoys!