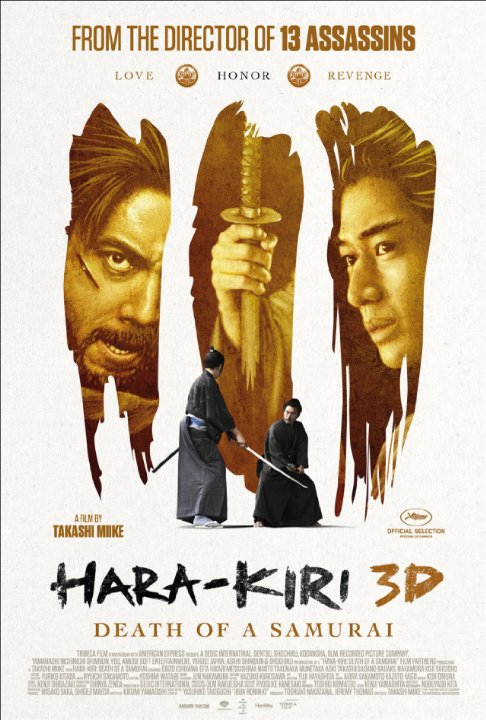 "Hara-Kiri: Death Of A Samurai" by Yojimbo

A wandering samurai enters a venerable House and requests that he be allowed to commit ritual suicide in their courtyard to preserve his honour, but suspecting a bluff designed to extract charity the head retainer recounts the tale of the last samurai who attempted such trickery.

The theme of Takashi Miike's previous foray into feudal Japan, 13 Assassins was that of the samurai's blind loyalty to his master and the flawed morality of this "honourable" attitude. In Hara-Kiri, Miike continues this theme of deconstructing the samurai code and shows how rigidly following a code without compassion or human understanding can also be an evil. Very much in the vein of The Twilight Samurai and its ilk, this story is a low key, character driven affair that is surprisingly lacking in the action …

No posts have been made on this movie yet. Be the first to start talking about Hara-Kiri: Death of a Samurai ( Ichimei )!