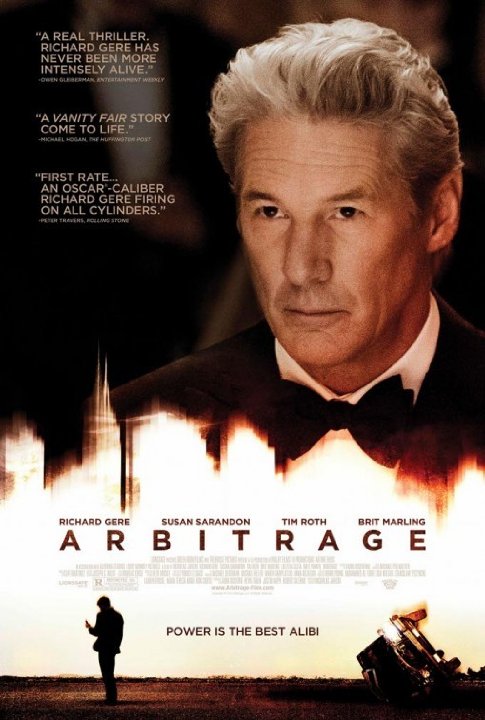 Plot: A crooked hedge fund manager desperately tries to sell his trading empire to a major bank before the extent of his fraud is discovered.

The performances really sell Arbitrage - probably one of the best from Richard Gere in recent memory, but Susan Surandon, Tim Roth and Nate Parker shine as well. While I can't say the ending left me feeling warm and fuzzy - it just goes to show how the 1% deal with issues - from murder to money laundering - and it leaves you wondering just how often such terrifying instances happen in our world.

Well written and acted piece. It's interesting to watch Gere's character lie and cheat his way around the law. The ending carries a distinct 'real world' irony that left me feeling indifferent.

Films not released yet by Mike

No posts have been made on this movie yet. Be the first to start talking about Arbitrage!