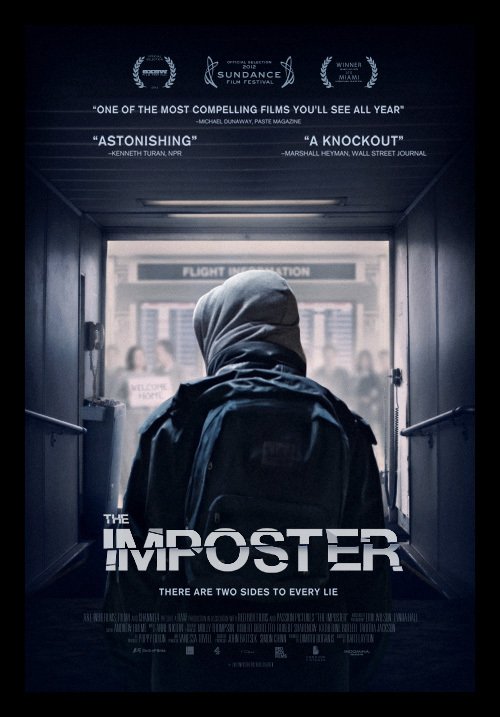 Plot: Documentary based on the true story of a young Frenchman who passes himself off as the 16-year-old son of a Texas family that had been missing for three years. -- Chris Kavan

One of the best documentaries I've seen in years.

"The Imposter" by Yojimbo

The Imposter is a slickly presented documentary based upon the story of a serial fraudster who impersonated a missing boy from San Antonio, Texas, despite the fact that he was 7 years older, French and bore little resemblance to him. As bizarre as that sounds, the story actually gets stranger as it goes to the point where it becomes more like a plot from a Hollywood mystery thriller than a true story. The first half of the film is actually rather matter of fact, presented with a combination of talking head interviews and dramatic reconstructions; it's when the imposter reaches the U.S. that the story becomes truly engaging as the investigation as to who he really is takes hold, and as to why the family were willing to take in this stranger with very little in the way of questions asked. …

No posts have been made on this movie yet. Be the first to start talking about The Imposter!