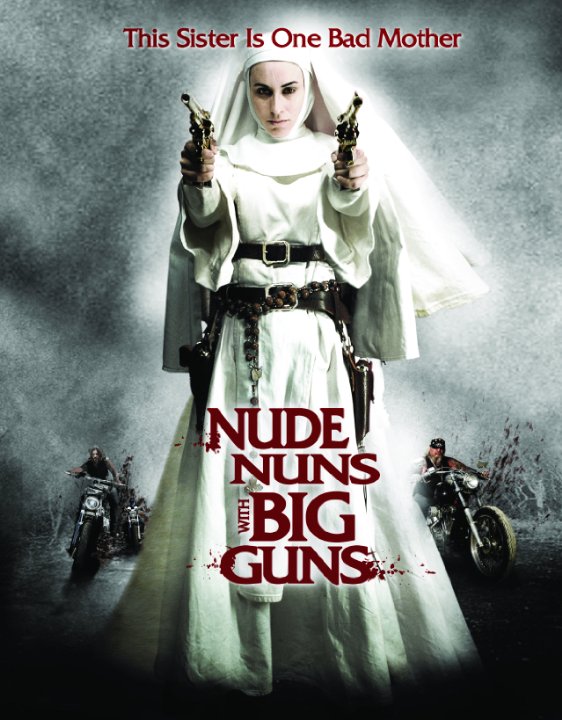 Plot: Instead of finding salvation Sister Sarah finds herself drugged and tortured by a corrupt clergy. On the verge of death, divine intervention brings her back with a mission to kill all those who have wronged her. With an arsenal of weapons and God on her side, not even a vicious motorcycle gang will stop her from getting vengeance. -- Chris Kavan

This is a good reminder how exploitation movies really were, sensationalist title, exploiting a certain them but lack of quality. Of course they do it pretty campy and exploitive. But that's what you can expect

Based on the title alone, I couldn't pass this up on Netflix. Like Machete, this seems to be a throwback to the Grindhouse films and certainly contains enough sleaze, nudity and violence to make those drive-in staples proud. A ludicrous story and characters, but a whole lot of fun if you don't take your movies that seriously.

No posts have been made on this movie yet. Be the first to start talking about Nude Nuns with Big Guns!