Plot: A college freshman searches for answers after she learns she was adopted after a failed abortion attempt. -- Chris Kavan

Immediately after finding out that she is adopted, Hannah (Rachel Hendrix) goes on a trip with her friends with an intention of knowing her real family and herself.

***
I felt like this movie was supposed to be something about hate and emotions on the inside, BUT because of so many unnecessary scenes and very slow phasing, I think the film failed to show what it intended. The movie revolves around the theme of family, love, and self but nothing from these three really stood out. I think it lacks characterization resulting to unbelievable characters. I felt that the message was contained that audience might failed to understand and appreciate the movie. PLUS, the cast lacks emotion, I was very confused with Hendrix' acting.

The material would work better on TV, I guess.

To Rent by Naveen 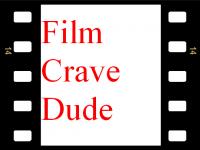 Check out
my interview with rising star Jason Burkey.

CHRIS: Can you tell us about your role in
the film?