Plot: Part 1 of a trilogy based on the 1957 Ayn Rand novel: Dagny Taggart is a powerful executive in the railroad business, but watches as the government's increasing control over industry causes a strain on business, and ultimately society itself as the countries great minds withdraw their support and go into hiding. -- Chris Kavan 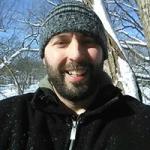 Horrible Crap Movie Regardless of your Politics

My wife and I couldn't get through 25 minutes of this movie. It was just a horrible and dull movie. If we wanted to be assaulted with political propaganda we would watch a documentary or the news. Unfortunately, we wanted to be entertained and the bottom line is that this movie was not built to entertain, it was built for propaganda just like the book that started the movement in the 50's.

First off, if you don't know the beliefs of Ayn Rand then you may want to read about it a bit and see for yourself if it makes sense to you. It's not my cup of tea, but to each their own. Anti-religion, anti- charity and pro-greed just seems like a polarizing and sad world to me.

Secondly, the movie is hard to watch because they haven't adapted it to film by updating the premise. It is about …

Movies I Own by symp4thedevil

No posts have been made on this movie yet. Be the first to start talking about Atlas Shrugged: Part I!