The Loved Ones Movie Information 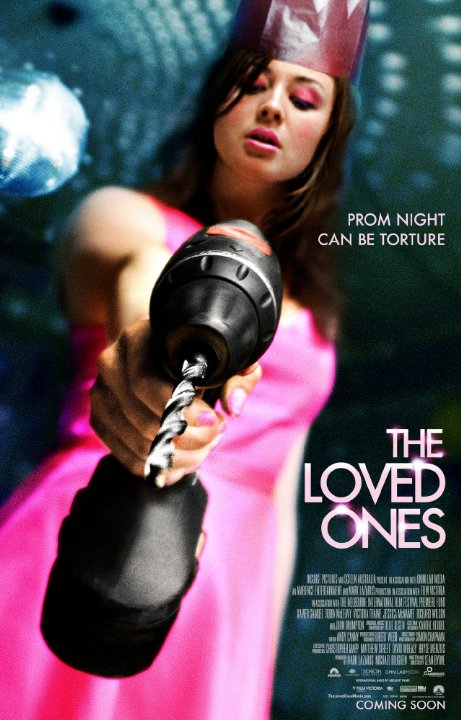 Plot: Brent has already suffered in his life: while driving, an accident results in his father's death, leading to his mother's emotional breakdown and his own spiral to drugs and metal - but when Holly enters his life, things turn around. With prom coming up, all seems well, but Lola has been watching him, and when he turns her down, things will get much, much worse. -- Chris Kavan

I watched this last night 3/2/2013 and thought it was pretty good. It came across a bit like carrie crossed with hostel. Lets just say I wouldnt want to date her and be introduced to her father. A good film to watch though with a good beginning and end for a change.

Has the emotions and angst of a teen flick played out alongside some creatively gruesome scenes. More than just a mere genre routine in torturous violence, this film is unexpectedly entertaining and tense.

I normally don't like gore in horror movies but this one was suprisingly good. I was at the edge of my seat because I really did not know what Lola and her Dad will do to Brent next. This is definitely worth a watch.

No posts have been made on this movie yet. Be the first to start talking about The Loved Ones!