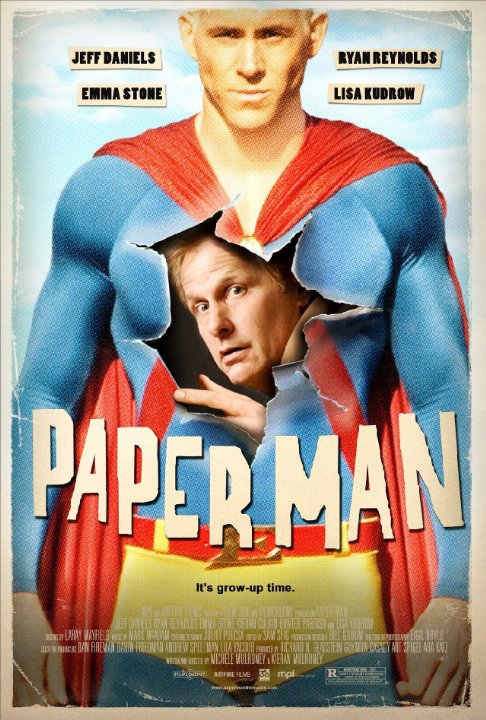 Plot: A failed author starts an unlikely friendship with a Long Island Teen and both may learn a thing or two about growing up - even if his disapproving wife and imaginary superhero friend get in the way. -- Chris Kavan

When I 1st started watching Paper Man I thought it was a pretty good movie but any scenes with Ryan Reynolds *Captain Excellence* should be cut from the movie.I just saw them as pointless & stupid.As the movie went on, Everything came together.I understood the character & didn't hate it at all anymore even though some scenes were corny.If you can look past the 1st few scenes with Captain Excellence & not turn it off like I was gonna do, It gets better & better

No posts have been made on this movie yet. Be the first to start talking about Paper Man!