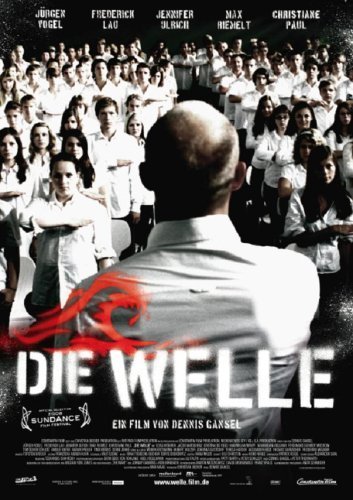 Plot: In an attempt to teach his students about dictatorship, a Rainer Wegner's week-long project spirals out-of-control when the students form their own society that bears a striking resemblance to Germany's fascist past. -- Chris Kavan

Dennis Gansel's gripping, tight adaptation of the teen novel of the same name, itself based upon the California high school experiment which led a well-intentioned sociology teacher to turn his class into a fascist movement. Ever-so-slightly predictable but still thought provoking and believable. The stellar cast make this a fine double with Das Experiment from Downfall (Der Untergang) director Oliver Hirschbiegel - another German adaptation of an American social studies experiment on control...a worrying preoccupation with dictatorships anyone?

No posts have been made on this movie yet. Be the first to start talking about Wave, The ( Welle, Die )!