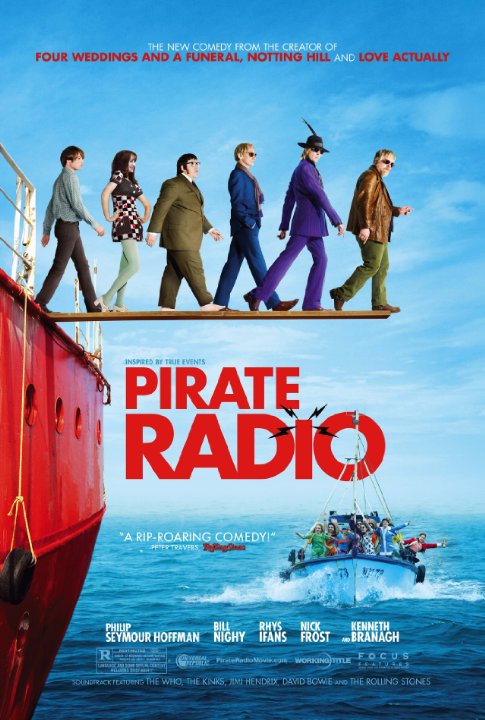 Plot: In 1966 Britain, a pirate radio station run out of the north sea and populated by an eclectic group of rock DJs blasts music 24/7 to 25 million listeners in the UK.

A very well made rock and roll movie.

Great Movie! A must see film! One of my favorites!

I went to see this movie at my favorite movie theatre, Los Feliz 3, with Jonathan tonight. I call it the feel good movie of 2009. It was amazingly delightful. Wonderful soundtrack, wonderful cast, and heart-warming, inspiring story. It really made me wish that I was young in the 60s in Britain. My hair would look so good in that decade. Highlights include Bill Nighy dancing (the definition of cool in everything he does), Tom Sturridge (who I've never seen before, but has the most beautiful lips of...oh man...those lips), Emma Thompson as a total milf, and some seriously funny moments. It made me want to dance and cry and laugh and steal a boat and play music on it. I couldn't recommend it more; it put me in such a good mood!

No posts have been made on this movie yet. Be the first to start talking about Pirate Radio ( Boat That Rocked, The )!