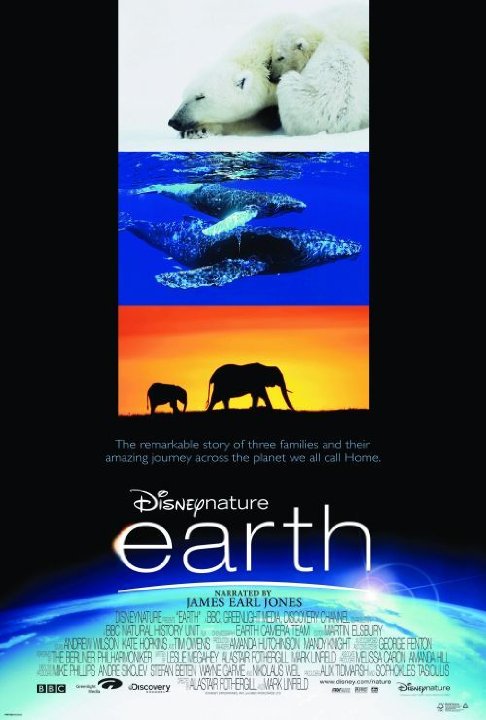 A strong documentary that follows many animals in the wild as they survive in many different elements. Lots of impressive scenery, the sheer effort it took to put this together is incredible. Beautiful and moving at times, I'll probably be looking forward to the next Earth Day for the next feature from Disney Nature.

Just one word...WOW! This movie comes with everything that you'd want in a movie like this. Even though it's a documentary, people of all ages will enjoy this high level of cinematography and directing. One thing you must appreciate is the time that went into making this amazing experience. This documentary is a great start for Disney's new addition to the corporation, "Disney Nature". I can't wait until the next Disney Nature film arrives next Earth Day. I give this a 4 out of 4.

Movies I want to see by SigrLena

No posts have been made on this movie yet. Be the first to start talking about Earth!